"The Times They Are a-Changin'"

I am now getting seriously worried. When people write, and then publish articles,books, pamphlets etc there is an expectation by the reader that the material in the narrative will at least bear some approximation to the truth. Unless of course there is a disclaimer at the end of the article which states that you, the reader, have just read a load of old baloney and you should not believe a word you have just read. Personally I would not be very happy at all about being "taken for a ride" and would in all probability let the writer know what I think of their lies, deceit and misrepresentation. 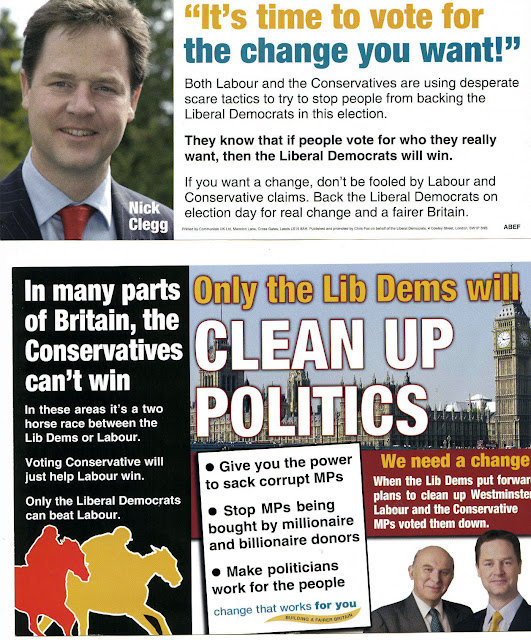 .
I was fervently hoping that "(liberal democrat) politicians would work for the people" and bringabout "change that works for you" but I am once again astounded by the duplicity and dishonesty of the politicians. But I suppose I could of misread the poster. When they said "We need a change" they were in one respect correct - we now have two parties in government and not just one.
Posted by ceegee at 2:21:00 pm