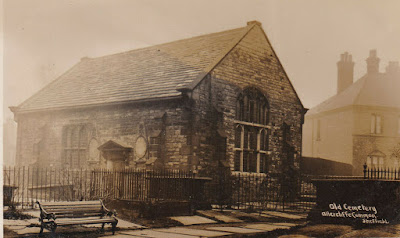 Attercliffe Chapel, also known as the Hill Top Chapel, is a Gothic chapel in Attercliffe, now a suburb of Sheffield, South Yorkshire, England. The chapel was constructed in 1629, when Attercliffe was a township separate from Sheffield, although in the same parish. Consecration took place on St. Matthias' day, 24 February 1630. By the 1840s, the chapel was used only for funeral services.

The chapel, surrounded by its cemetery, and lying on the south bank of the River Don, was largely rebuilt in 1909, but retains its period atmosphere. It is Grade II listed. 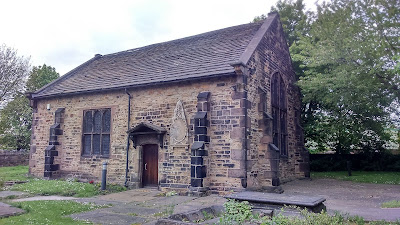 As of 2014, the Sheffield congregation of the Evangelical Presbyterian Church in England and Wales meets at the Chapel.

And on the Find A Grave website 1,387 memorials from the Cemetery are listed!