I have just received this photograph of a memorial in Crookes Cemetery (Sheffield) from a reader of my website. The grave belongs to the HUNTER family and is located in the far corner of the cemetery in section HH 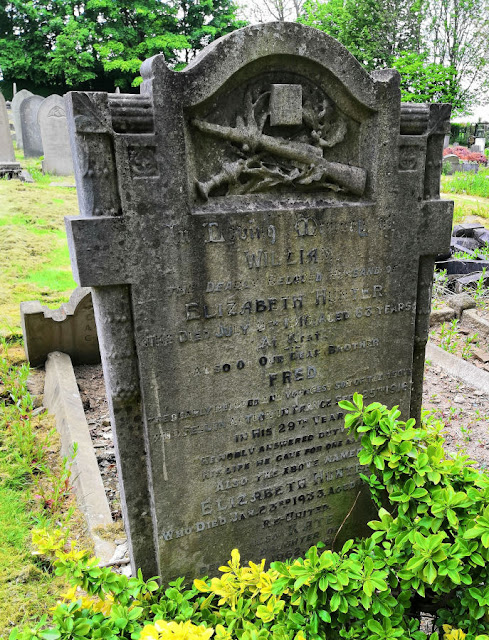 This is the grave record from the excellent Sheffield Indexers site

It is a splendid memorial although the inscription is now difficult to read.

But this is a transcription of the memorial from my site

As the reader of my article remarked at least William died just before his youngest son did in 1916, and was spared the grief and sorrow that would have accompanied the notice of death. Fred's body was never recovered from the battlefield and so like over 73,000 other fatalities he is remembered on the Thiepval Memorial, Somme, France. And also in Crookes Cemetery