The Brief Life of Kenneth Toulson - Sheffield 1931 - An update 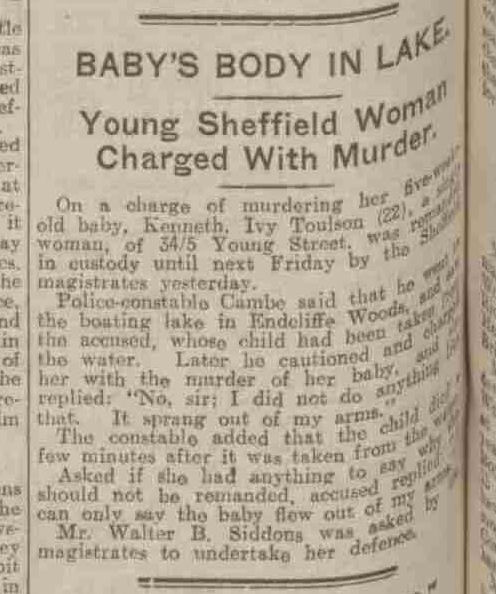 The previous newspaper reports of the inquest and trial were vague as to the location of Kenneth's death but this revealed the location as being the boating lake in Sheffield's Endcliffe Park.
It surprised me because I never knew there was a boating lake in the Park but there actually was one. 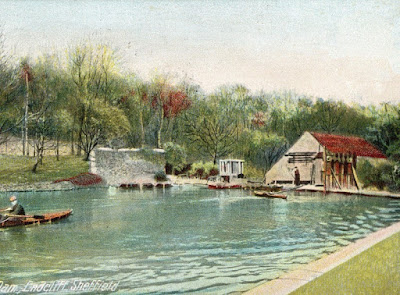 According to the University of Sheffield the boating lake used to be "the second or middle dam used to power Holmes Wheel, a grinding mill , and was used as a boating lake until at least the 1950s, according to OS National Grid Tile SK3285 from 1952."
Sadly it was also the site of young Kenneth's tragic death
Posted by ceegee at 4:59:00 pm