This cutting is from the liverpool Times dated Septermber 1842 and refers to the "melancholy death" of the incumbent at Stanningtion Church and his recently married wife who is not named. 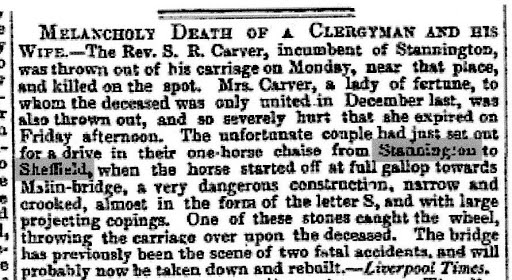 Email ThisBlogThis!Share to TwitterShare to FacebookShare to Pinterest
Labels: Death of the Reverend Samuel Carver and his wife - Malin Bridge Sheffield - September 1842