The following is from the Sheffield Daily Telegraph dated Saturday 29th August 1925 and refers to the inquest that took place the previous day into the death of George Revill, an employee of Messrs. Walker and Hall, a prominent cutlery firm in Sheffield. 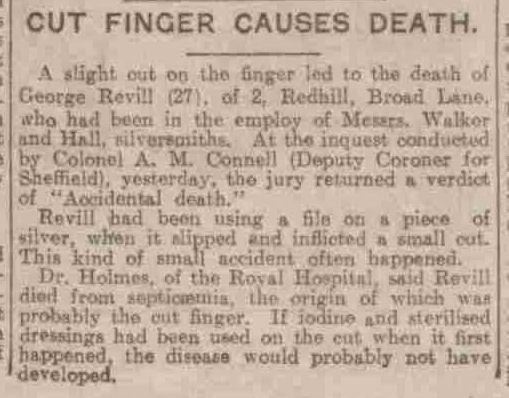