At the same time as I came across the previous report I saw this advertisement. It is now obvious that if all tobacco companies "toasted" their tobacco there would be no throat irritations and coughs. 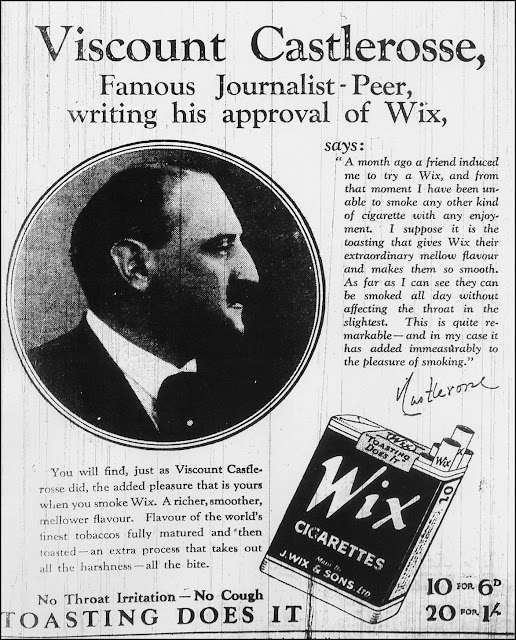