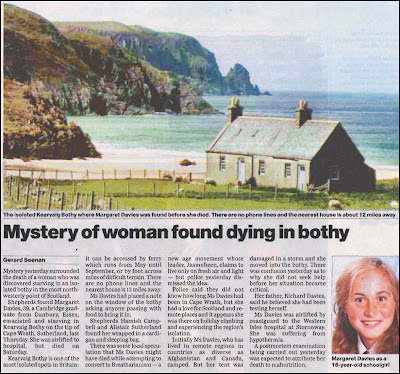 This cutting is from the Daily Telegraph dated 11th December 2002 - I never knew places like this existed in the British Isles but apparently they do. The link above is to a Guardian report dated 18th December 2002 which I have only just found. I firmly believe that her death was due more to mis-judgement and isolation rather than other causes that were touted about at the time
Posted by ceegee at 5:03:00 pm