I was reasearching an article about a murder of a bailiff in Greenhill when I cam across the following page from the Sheffield Star in February 1939. It provoked a wry smile - at a time when gas masks were being issued and Einstein's cousin was discovering Haydn's lost symphonies, the Sheffield Magistrates were pondering why Mrs Bertha Terry of Baslow Road Totley had parked her car the wrong way round outside the City Hall. They fearlessly upheld the law and the wishes of Sheffield's Chief Constable and fined Mrs Terry £1 plus costs

The Sheffield Magistrates also took a tough line with Stanley Burrows of Ripley Street who was found guilty "of exposing himself with intent to insult a female". He was bound over, placed on probabation and ordered to pay £3 costs. Mmmm

But at least the English Amateur Draughts Championship (Sheffield section) did not suffer the attentions of Mr Burrows! 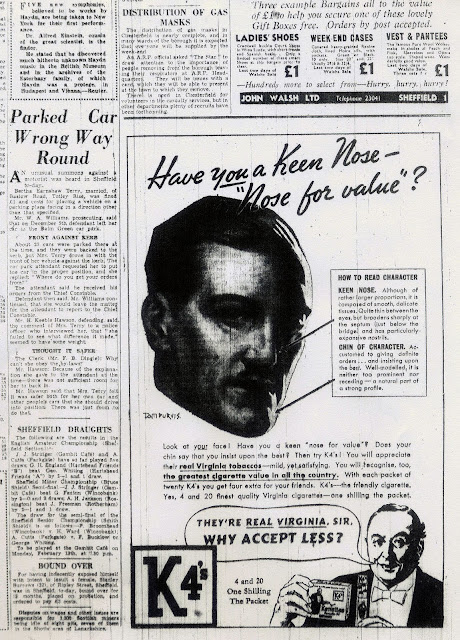