Well after 58 years I have finally managed to get a book into print. On Friday the 13th of April 2012 the publishing world was stunned by the publication of Sheffield's Shocking Past: Forgotten Tales of Murder, Mishap & Gruesome Misdemeanour by Chris Hobbs and Matthew Bell 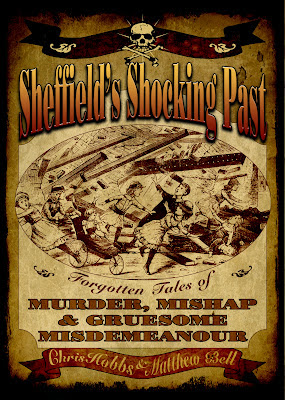 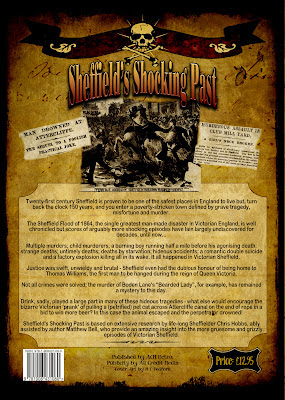 I would like to have reported that queues had formed overnight outside bookshops, and police had to be called in to control the crowds of eager booklovers, but to date no reports have been received to this effect
I have thought for many years that I would like to write a book but never got around to it. And if it was not for the sterling efforts of my co-author Matt, and publisher Neil, I very much doubt that the book would have come into being. It was a great team effort and what is more important, an enjoyable one.
I am really pleased how the book has turned out. Comprimises have been made with regard to length, format and style but these are inevitable if you want to keep the price of the book down to a level that is "affordable".
There is another similar book in the pipeline that will compliment "Sheffield's Shocking Past" but more about that in a later blog
Posted by ceegee at 10:32:00 am