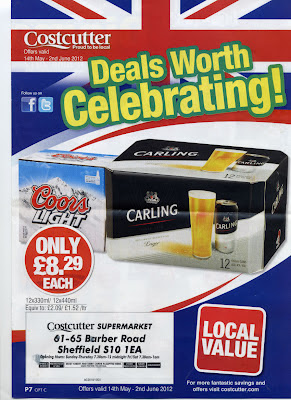 " Nisa on Barber Road in Crookesmoor, now Costcutter, has been found on several occasions to sell dangerous, illegal alcohol to students. The illicit substances were tested and it was found the vodka was in fact industrial alcohol and contained a chemical commonly used in bleach, as well as xylene and toluene – two compounds found in paint stripper and dangerous for human consumption.
Despite this, the council renewed the store’s alcohol licence on Tuesday morning, on the condition that the premises supervisor was removed from his post...
(Forge Today - May 2012)
Does the decision by the Council condone the sale of industrial alcohol to students and other members of the public?
Posted by ceegee at 10:38:00 am