I've just updated the article on Joseph Jonas, a former Lord Mayor of Sheffield who was stripped of his knigthood in 1918.

An article appeared in the Sheffield Star on May 15th 2013 announcing that his former home Endcliffe Hall was to be turned into a boutique hotel by its current owners The University of Sheffield. 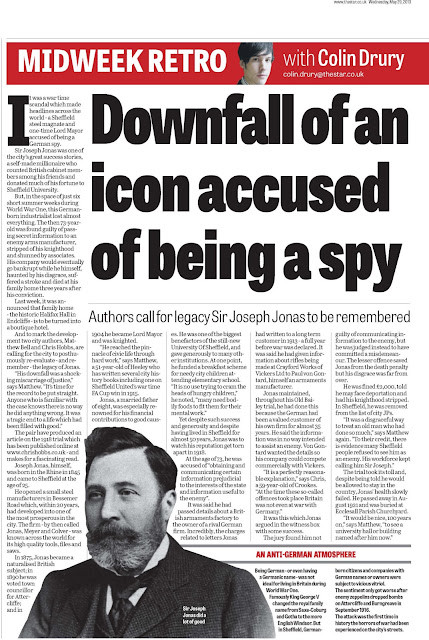