I went down to the Local Studies Library In Sheffield today, to research a few articles. And just below one report was this small cutting from the Sheffield Daily Independent dated 13th December 1919 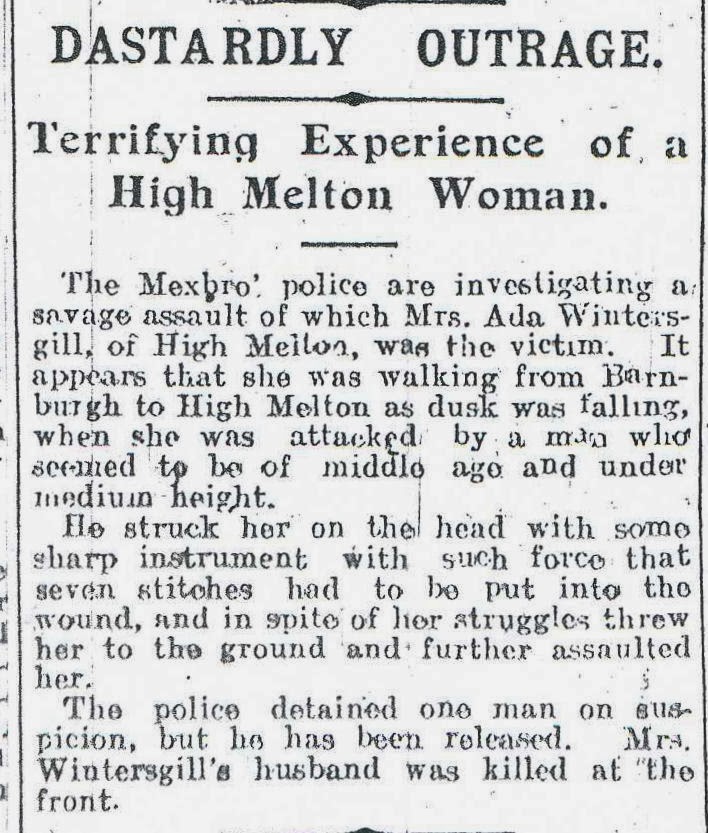 It was undoubtedly a savage assault but what struck me was the fact that Ada's husband had been killed in the war. To have had to go through his death and then be subject to this reprehensible attack does make you question the human condition.

I have been unable to find details of Ada's husband on the CWGC site but there is a BMD record of an ADA WINTERSGILL dying in the September quarter of 1960 aged 80. The district where the death was registered was Don Valley (Volume 2B Page 377)