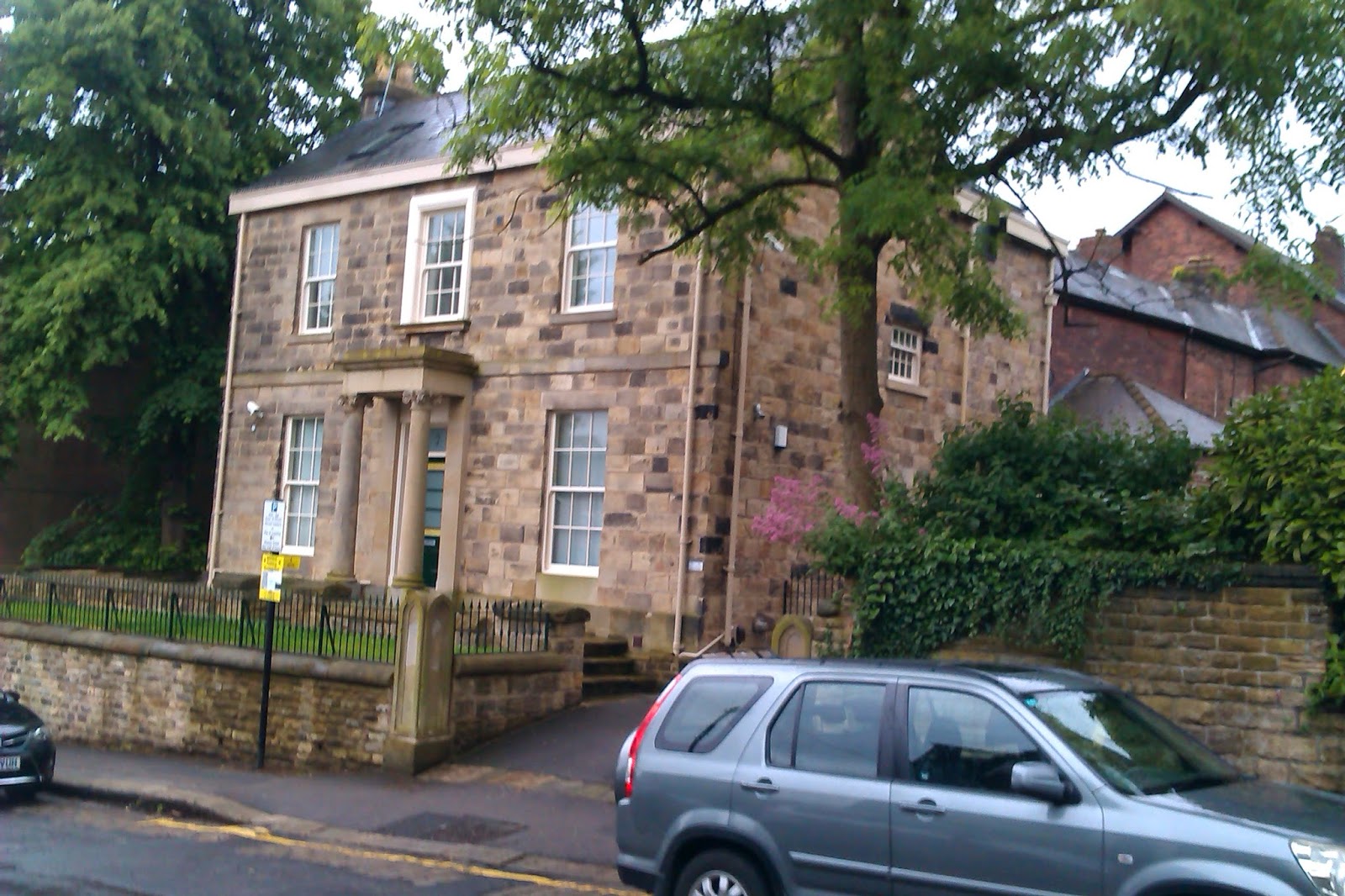 This mighty fine Victorian Villa lies within the Northumberland Road Conservation Area. But if it had been up to the previous owners of the building it would have been demolished and the whole area grassed over.

However for once Sheffield City Council refused the owner's application to demolish the property. And who were the thwarted owners - none other than the University of Sheffield. 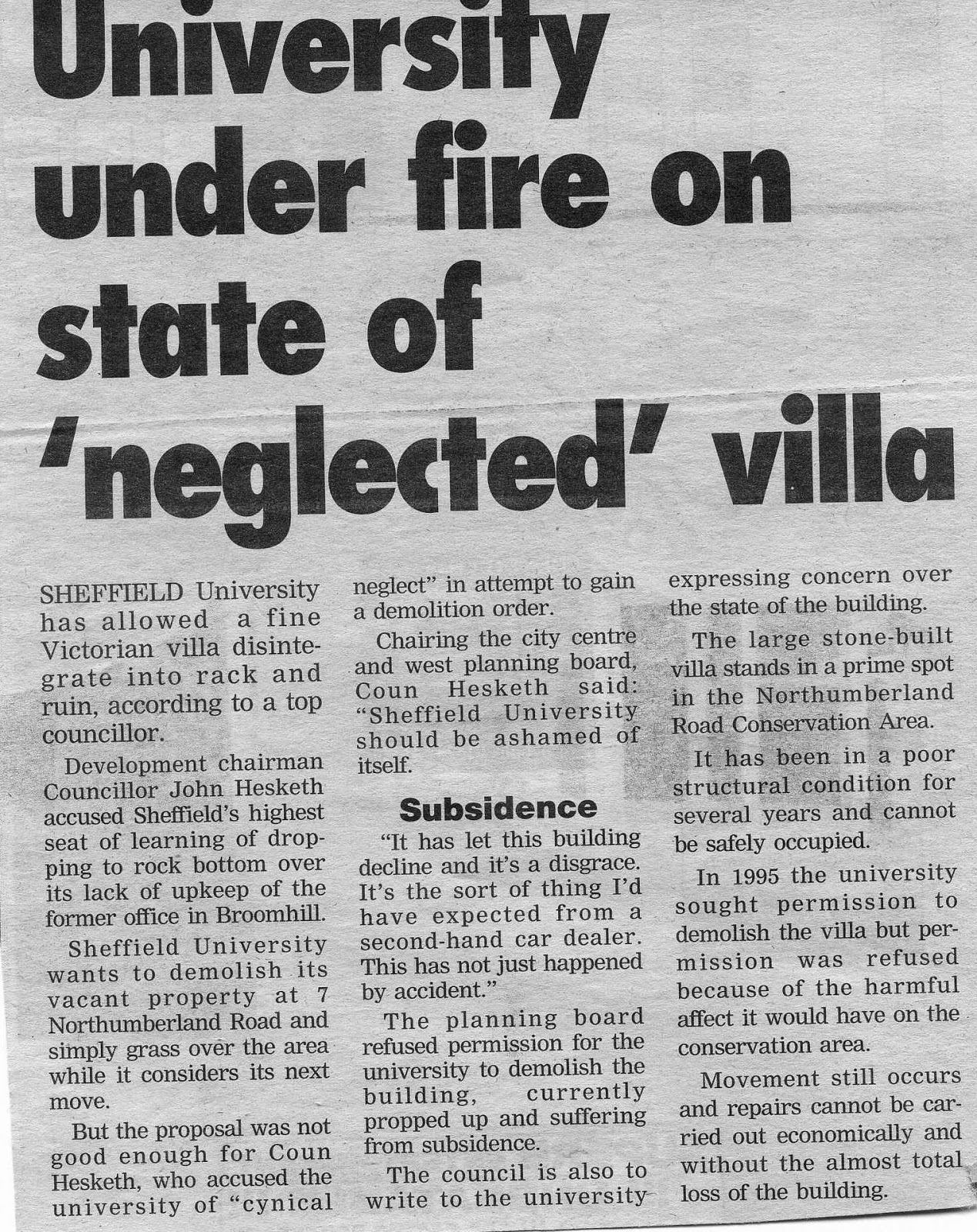 The University of Sheffield have garnered a poor reputation for building conservation in Sheffield over the years but even by their standards this was truly a case of "cynical neglect." In fact it was inferred that the University deliberately allowed the building to fall into a state of decline and structural disrepair so that it could fulfill some long-term plan. However their blatant ploy was spotted by the Planning Board who refused the University permission to demolish the building.

The University's assertion on movement and that "repairs cannot be carried out economically and without the almost total loss of the building" was totally incorrect as the photograph shows. Repairs were carried out and the result is a fine Victorian villa. Yes as the chairman of the Planning Board remarked "Sheffield University ought to be ashamed of itself"