My grandfather Clement Hobbs served in the Welsh Regiment in the Great War as it was called then. His certificate of discharge (No1822) states that Private Clement Hobbs who enlisted in the Welsh Regiment at Pontypridd on 13th August 1914 and was discharged 4 years and 17 days later (29th August 1918) on the grounds that he was no longer physically fit enough for war service. A description on the form states that he was 5ft 5" tall, pale complexion, grey brown eyes, brown hair and that he had a small hole in his left cheek (bullet wound!) together with a scalded left calf.

He was also shot in the chest but the bullet his pocket bible. I still have the bible and this summer I loaned it  to Weston Park Museum in Sheffield for an exhibition they were doing in connection with the centenary of the start of the conflict 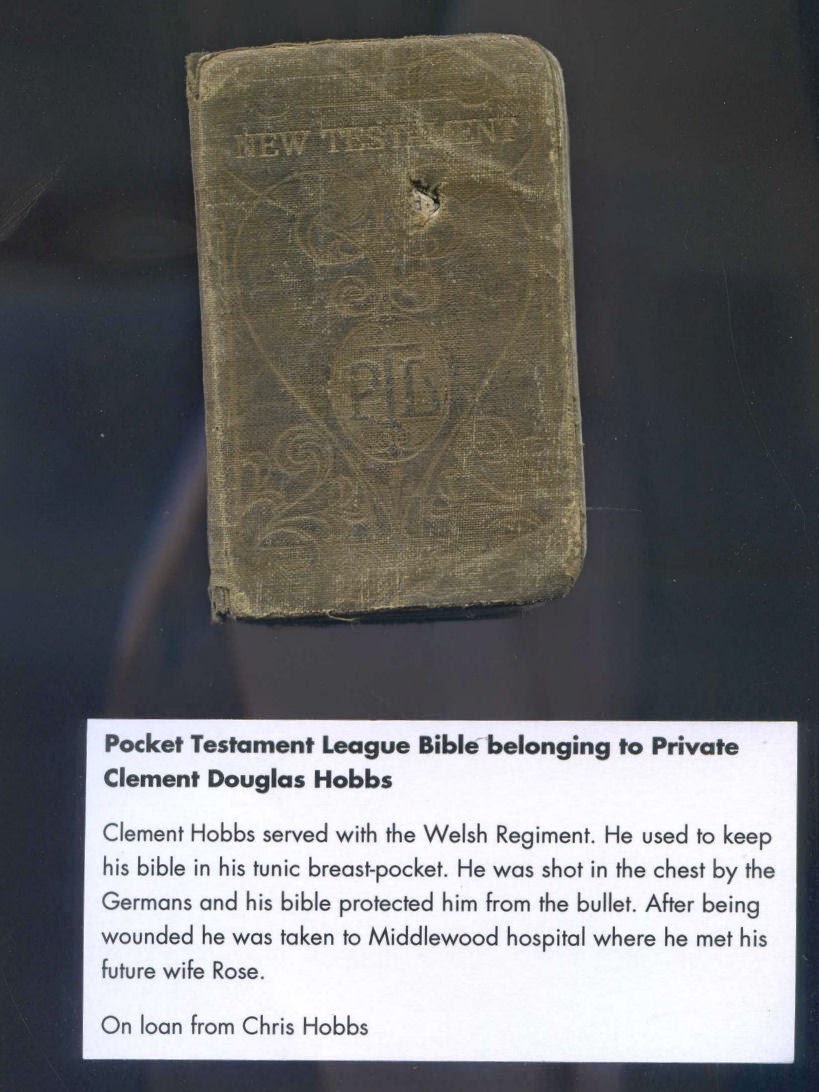