Crookes – ‘Crookes of the Past’
Sunday 16 November – 2.00 pm – 4.00 pm
A short walk around Crookes of just under 2 miles. Chris Hobbs will be leading the walk looking at Crookes’ Victorian & Edwardian heritage, how the district of Crookes has changed or in some cases not changed over the last 100 years. This circular walk will start and finish at the Grindstone pub (S10 1UA). 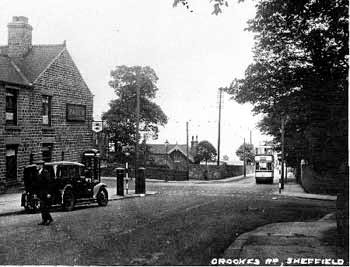 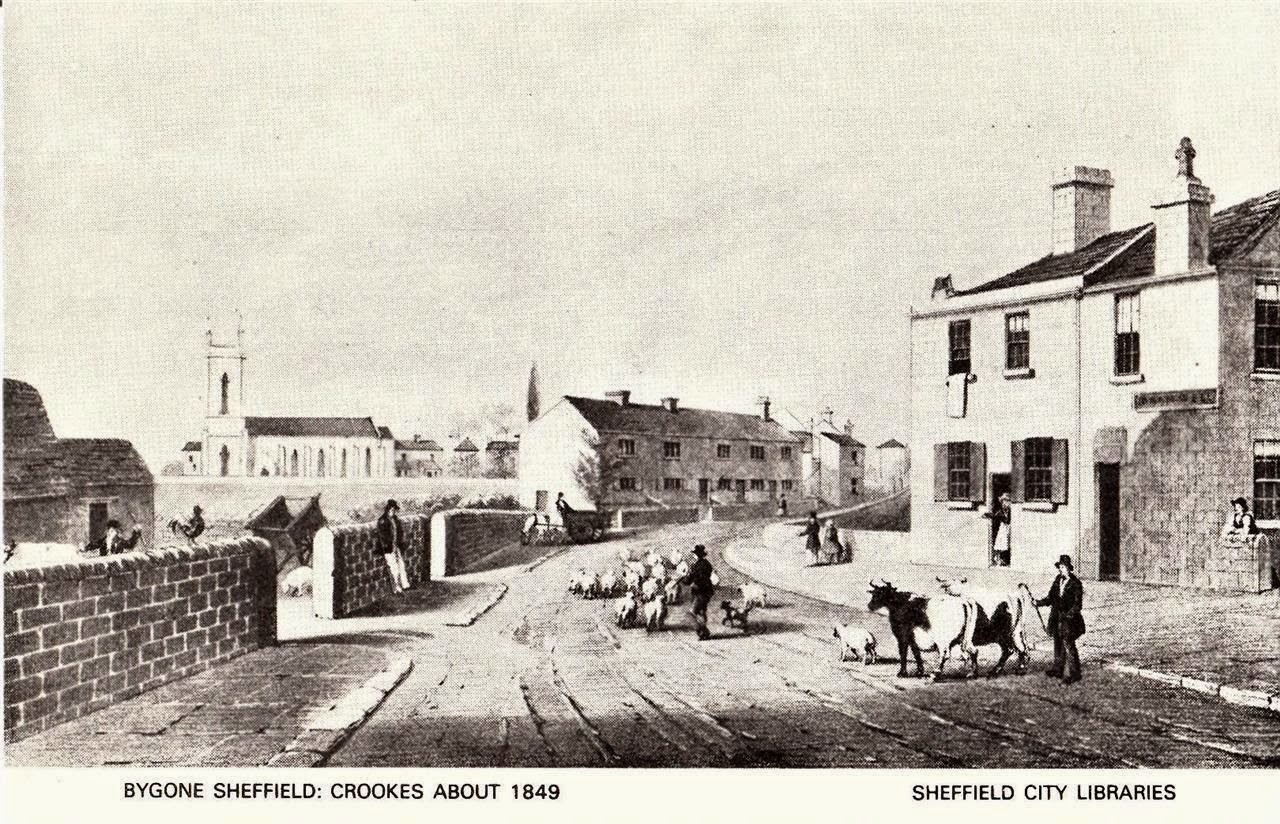 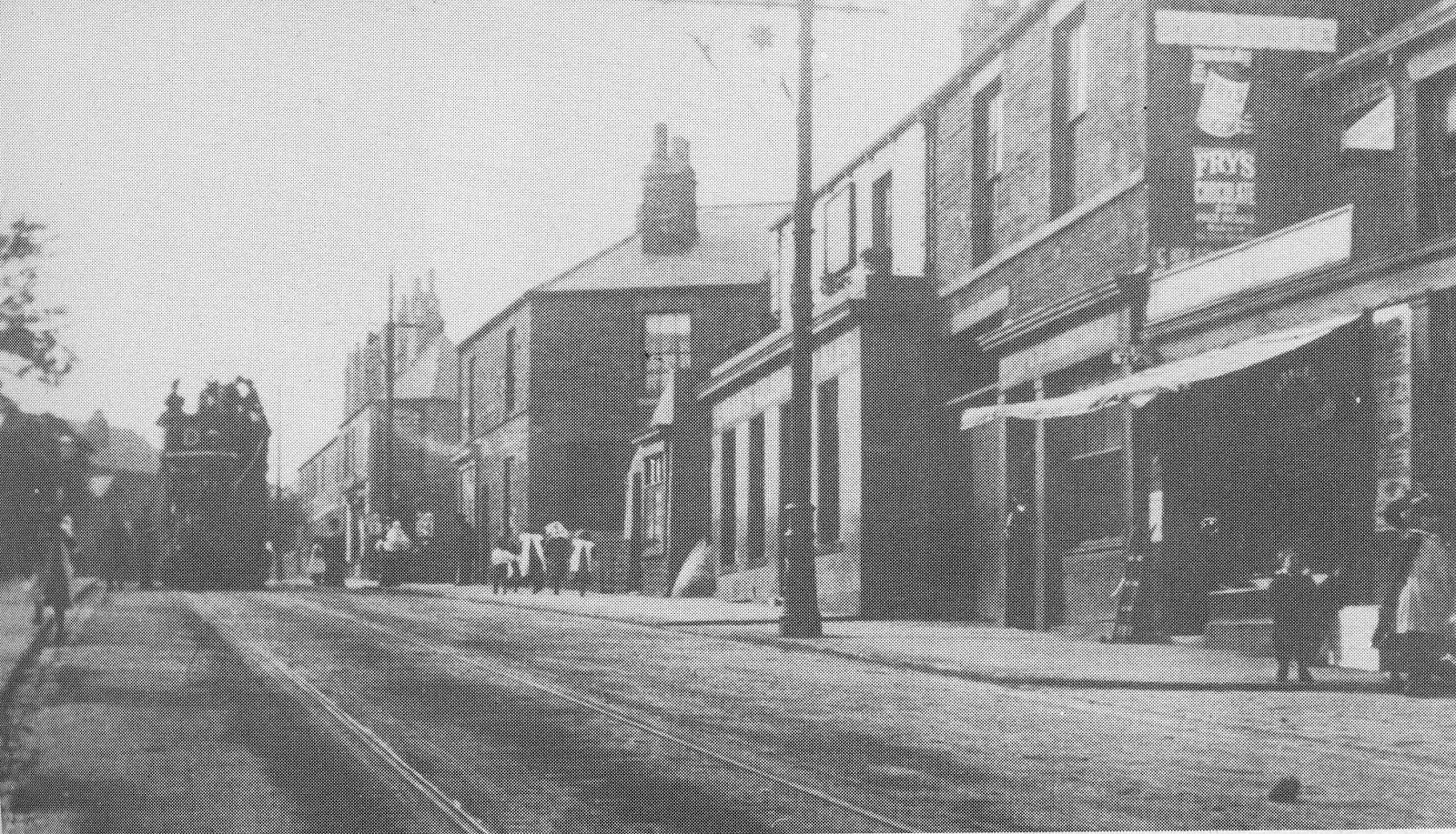 ·
St Thomas Church - "The district of Crookes, including Tapton, Steven Hills, Crookes Moor Side etc.at this time contains a population (which is rapidly increasing) of 1500 souls, nearly destitute of Pastoral superintendence and instruction. To provide for this lamentable destitution, a few friends of religion and The Established Church commenced a subscription for building a Small Church..." The trustees gave the Church the original £1,350 The church is a classic Victorian church with a square tower and gothic arch stained glass windows
The foundation stone for the Church which incidentally given by local quarry owners was laid on 30th August 1839 by a Henry Wilson of Westbrook. Local farmers did much of the work for free. The Church had a nave, south aisle and porch, short chancel and west pinnacled tower. St Thomas's Church and the adjacent Burial ground were consecrated on October 1st 1840 by the Archbishop of York and the Church soon began rectifying the "lamentable destitution" that had occurred in the Parish
St Vincents – Tramsheds - Designed by F.E.P. Edwards the City Architect, construction on the sheds started prior to 1914 on the site of an old brickyard but, due to the onset of war, the work was not fully completed until 1919. Above the first gate on a Queen Anne Gable is the inscription "SCT1919" but in fact the sheds did not actually open until a year later.
·
Crookes Mount - Wesley Hall -
The Chapel had to be enlarged and re-developed several times as the work of the church grew. But it was still too small. Finally, in 1907 the foundation stones were laid for a completely new building, on a new site, that could accommodate up to 1000 people – Wesley Hall.
The new building was designed as an octagonal “Mission Hall”. As one reporter noted: “Wesley Hall looks more like the Hippodrome that a place of worship. And one is thankful for it … it is pre-eminently a place to worship in, to breathe and be glad in.”
Since the Wesleyan Chapel was first built in 1836, Crookes had been transformed from a village into a densely populated suburb. The vision for Wesley Hall was that it would be “a church where rich and poor, ignorant and cultured, would all be welcomed, and the Christian cause would be exalted.” 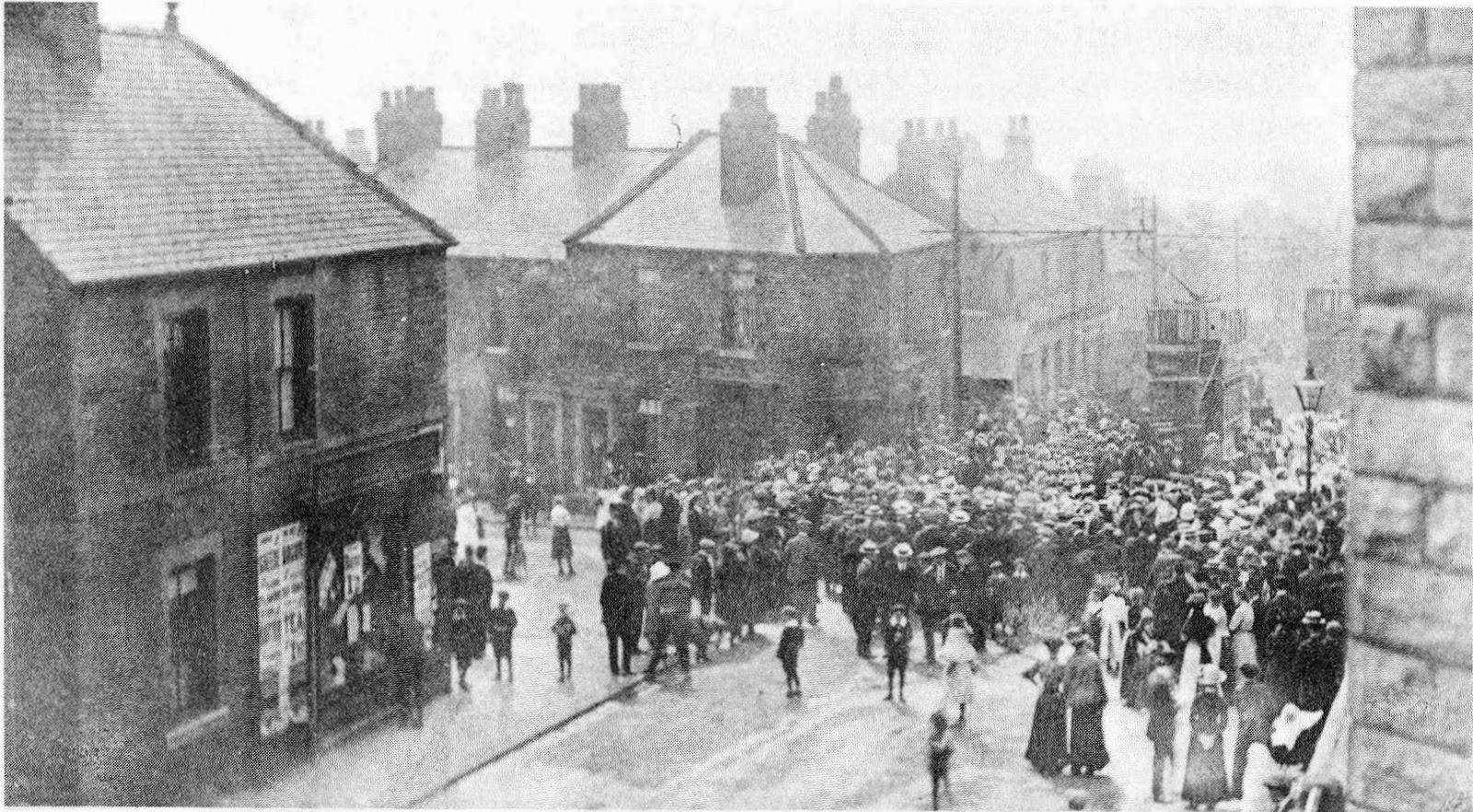 Masons Arms
·
Model Dairy -one at 140-142 Crookes and the other at Wesley Lane (Model Dairy Farm). I'm inclined to say that the one at 140-142 Crookes was the earlier one and was used by the horse and cart deliveries (selling un-pasteurised milk) whilst the newer one at Wesley Lane was a depot for the Archer Road site and sold pasteurised milk. It seems to have a tie-in with the S&E site at Millhouses
·
The Ball Inn - Open 1825 or even earlier - I think that the BALL was initially a farm that had a beer-house attached to it. The 1856 Sheffield gives Joseph Skelton as a Licenced Victualler of the BALL but the same address mentions a George Skelton as "Cowkeeper". This would be very much what you would expect - most publicans had more than one string to their bow. And Crookes was very much a rural farming village at the time - difficult to believe I know.
As an Inn is a "an establishment for the lodging and entertaining of travellers" they may well also have been stabling for horses etc. for Crookes was one of the routes out of Sheffield to the West.
"Crookes - A History of a Sheffield Village" mentions that the BALL was kept by the Skelton Family but was once kept by John Johnson. He boarded apprentices and fed them poor porridge. They rebelled and threw their wooden spoons and bowls into the fire, The food improved" Skelton wrote a book the reference is below - Joseph Skelton "Books of Particulars 1826 - 1951" (Sheffield City Libraries REF MD2064 and Miss S Kelly)
Obviously the original farmhouse was demolished and replaced by the current building together with its bowling green. It is difficult to say when this occurred but I would estimate 1890-1900. Michael Liversedge in his A - Z just mentions that the BALL was one of Sheffield's "Bowling Green" pubs i.e it had a bowling green
·
Crookes House
·     Sheffield Mercury 14 Jan 1837 page 11b - MRS. SMITH begs leave to announce to her Friends and the Public, that she has removed, during the Christmas Recess, to CROOKES HOUSE, near Sheffield, late the Residence of T. Branson, Esq., Solicitor.
The Situation is peculiarly open and salubrious; the House very commodious, with Gardens and Grounds attached, calculated to promote the health and comfort of the Pupils, and commands one of the most interesting and extensive Prospects in the neighbourhood of Sheffield. The special regard shewn to the mental improvement and religious instruction of the Young Ladies entrusted to Mrs SMITH’s care, will, it is hoped, continue to ensure the confidence of Parents, and to secure to the Children the highest advantages, present and future.
A Wesleyan Chapel has been recently opened in the immediate vicinity.
The School will re open January 24th. They add: “Masters of acknowledged eminence [in their respective departments (1838)] attend the Establishment.” 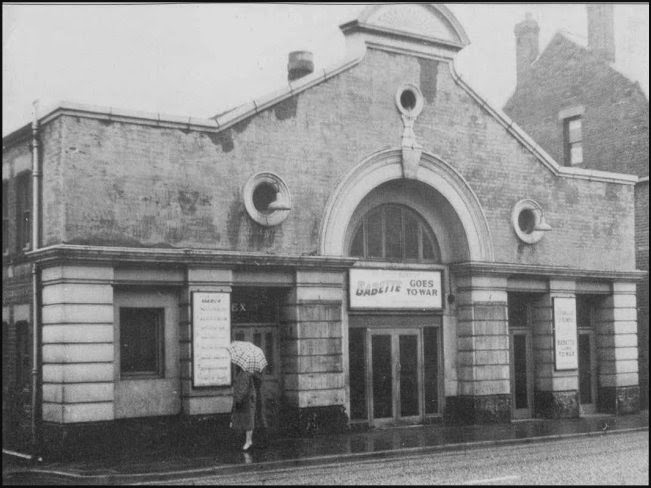 Crookes Picture Palace - opened its doors on 2nd December 1912. The building was primarily a brick building with a cement frontage. Above the entrance to the cinema were some embossed decorations and the name "Crookes Picture Palace". The front of the building was flush with the adjoining shops and a blind alley ran down one side of the building to accommodate the queues waiting to see the films. From the small foyer a door on the right gave access to the stalls whilst a series of steps lead up to the rear of the auditorium. The auditorium was a single floor with the audience only sitting in front of the stage. A heavy red curtain covered the screen when not in use.  A raised section at the rear had a steeper rake than the rake in the stalls. The overall capacity of the cinema was 660.

The proprietors of The Picture Palace were Hallamshire Cinemas Ltd. In 1931 a Western Electric Sound System was installed. The cinema remained open until 2nd April 1960 when it shut its doors for the final time. The last film to be shown was the Brigitte Bardot classic "Babette Goes To War" and "Senior Prom" with Jill Corey. 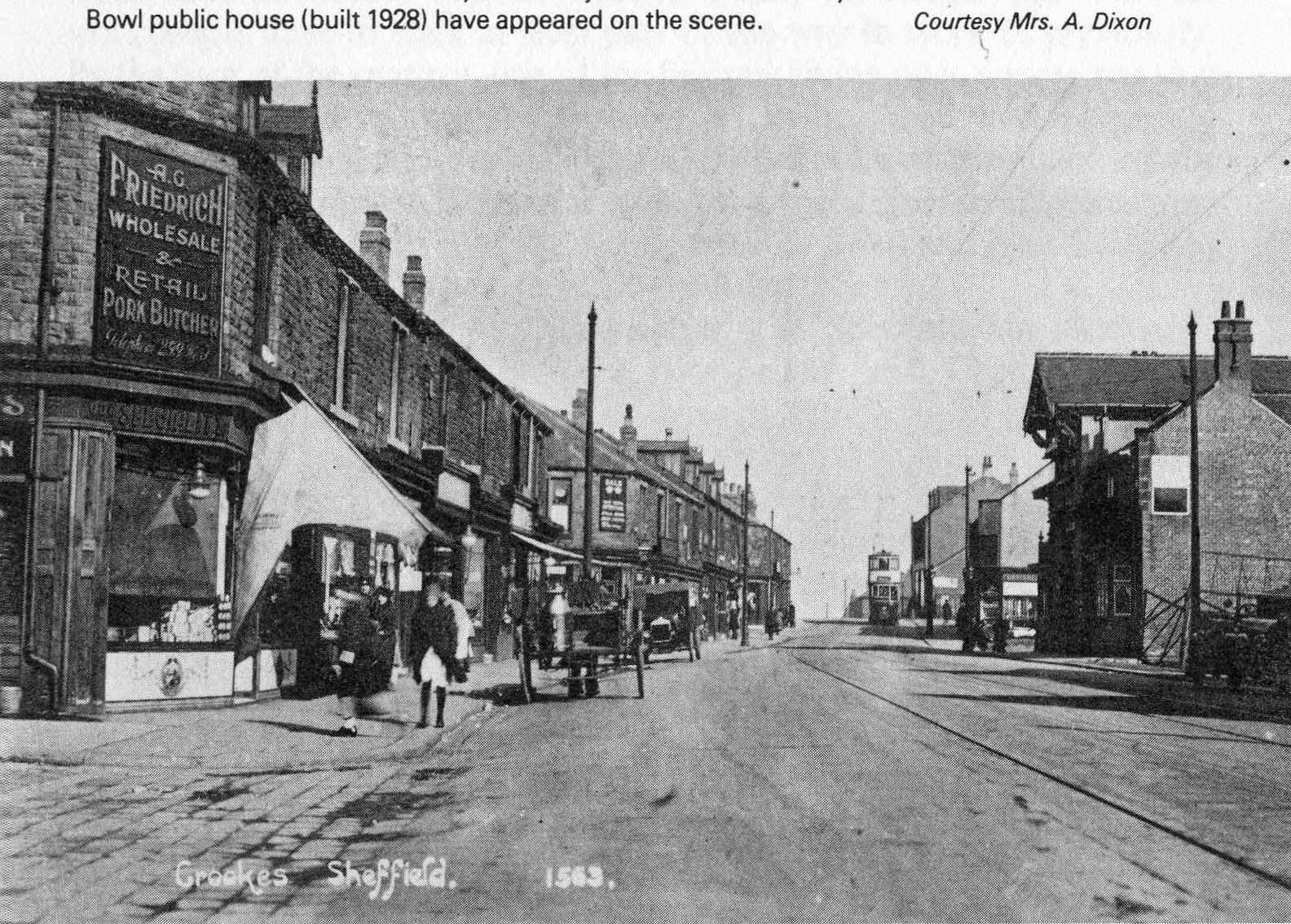 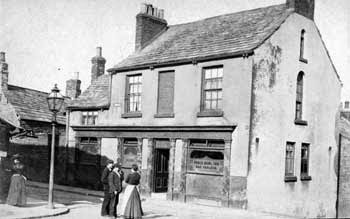 ·  Punch Bowl
·  St Lukes Wesleyan Methodist Church
Although conventional in plan, the detailing of St Luke's (1899-1900) makes it stand apart from the great mass of Methodist chapels. Samuel Meggitt Johnson, Chairman of the liquorice allsort manufacturers, George Bassett & Co, covered the £4,000 cost of the chapel and adjacent Sunday school and this generous funding gave Hale greater scope in preparing his designs. He took the PerpendicularGlossary Term style favoured by chapel architects at the beginning of the twentieth century and transformed it into something quite individual. The buttresses that flank the west window rise to form towers each with a pyramidal cap while the archGlossary Term over the window springs straight from them. The way in which the railings reflect motifs used in the porch window lintels and in the carvings on the top of the buttresses is typical of Hale's care in detailing. The church closed in 1985 and has been converted to flats under the name Hale Court.


· Old Heavygate Inn - The actual pub came into being in the nineteenth century, but the building prior to that may initially have been a farmhouse and then at the beginning of the eighteenth century became a place where tolls were collected. Above the doorway to the bars is this date stone stating the year 1696 and the initials of the owners. I seem to recall the E standing for "Ellis" On a Harrison’s map of 1637, Steel Bank is named and there's evidence of Heavygate Road already existing. The name could well predate this map and could be an ancient name that's survived. Certainly Crookes was connected to the village of Owlerton by the pack horse track which descended Walkley Lane and continued to Owlerton.
There has been a discussion over the years as to how the building/pub got its name.  One explanation is that it is related to the name of a field adjacent to the farmhouse, and the gate that secured it. Another is that it is named after the " heavy" gate was placed across the road where tolls were collected But my preference is for this explanation. 'Gate' probably doesn't mean gate here. It's more likely to mean 'road' from Middle English derived from Old Norse 'gata'. So a 'heavy' gate is a steep road. And 'Heavygate Road' is a tautology, and the pub sign is a misunderstanding. A variation on this is that heavy means muddy or hard going and gate means road. In the book "A Short History of Walkley" by Albert Stacey (1985) he states that.
"Later the road that went over Steel Bank became a turnpike road and a heavy gate was placed at the point where Heavygate Inn was later built. The first licensee of the Heavygate Inn was John Webster. He was keeper of the Tollgate. His family had farmed Steel Bank Farm years before. In the time before the Heavygate Inn was built in 1698 a survey was made by Harrison in 1637 and a view from Steel bank was mentioned where one could look down on the town of Sheffield....." Sadly he does not give a source, evidence or exact dates for the above statement and so I cannot use it as a fact. But he does indicate that the "Heavygate Inn was later built" which seems to infer that the Inn replaced an earlier building.
According to a 1855 map, the area is open countryside . But when the tolls were abolished in the mid-nineteenth century, it is thought that it was then that the Heavygate became a public house.
Princess Royal 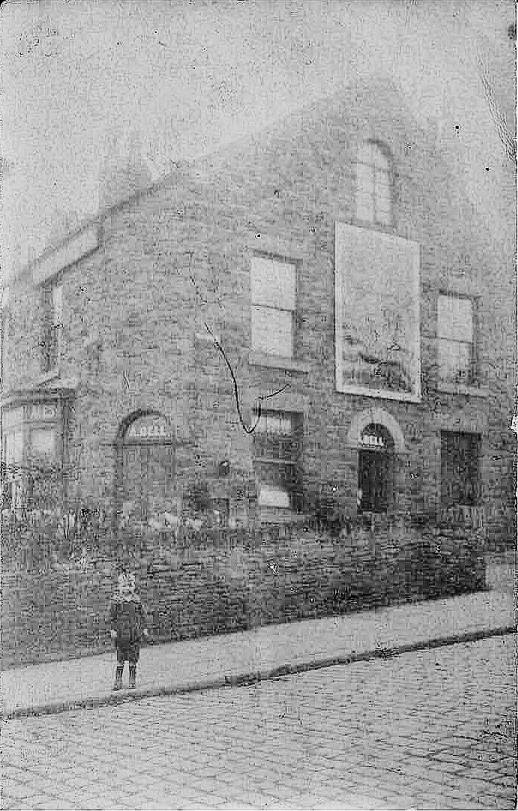 l   St Timothy’s Church - Origins in the iron chapel that stood on top of the Bolehills. a mission church from St Thomas, Bought a house and strip of land, Moved the iron chapel to the site and survived as a church hall until 1928. Foundation stone laid 1910
·
Crookes Congregational Church – Springvale Road
Crookes Congregational Church opened in 1906. Octagonal, it was designed to ensure that everyone in the congregation could see and hear the preacher, vital in nonconformity where preaching was the focus of worship. There was a tradition of octagonal chapels within nonconformity, a number having been built in the eighteenth century and the idea was revived to a limited extent in the 1870s. Hale made full use of the sloping corner site, emphasising the mass of the building with battered (sloping) buttresses. The great open space of the interior was preserved in a skilful conversion to offices in 1989
Buttresses pass through some of the windows, a detail used by some of the most avant-garde architects of the day such as W. D. Caroe. As with St Luke's,Northfield Road there is carving of a Tree of Life and of pomegranates. 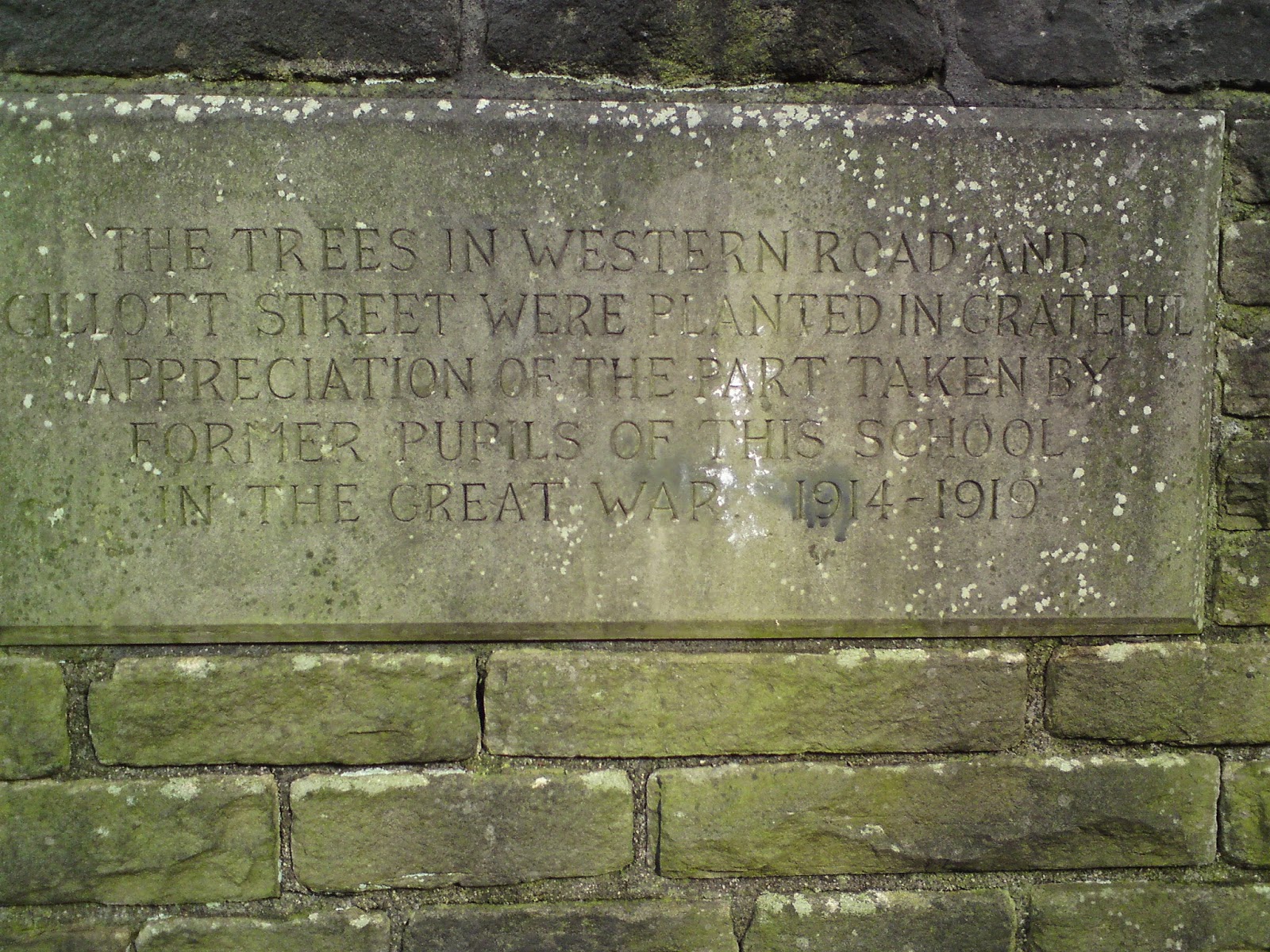 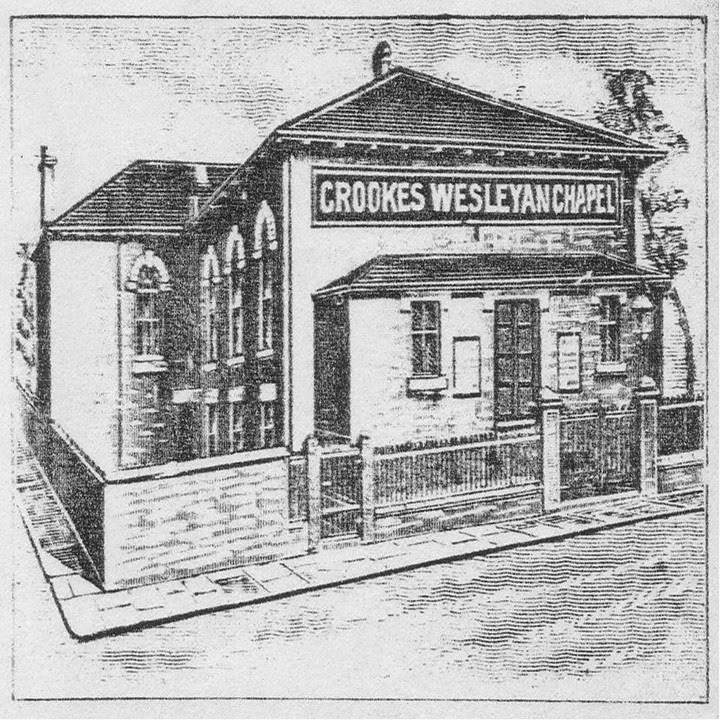