The entry in the War Diary of 2/KOYLI 10th June 1915 is chilling
"Quiet Day ... Pvt Roe 2/KOYLI was shot for desertion by firing squad of Royal West Kents at 5am"

But what is even more macabre is that I've just found out that George was posthumously awarded a medal  - the 1914 Star - by the British government. His medal card shown below also mentions in passing that George was "shot for desertion" 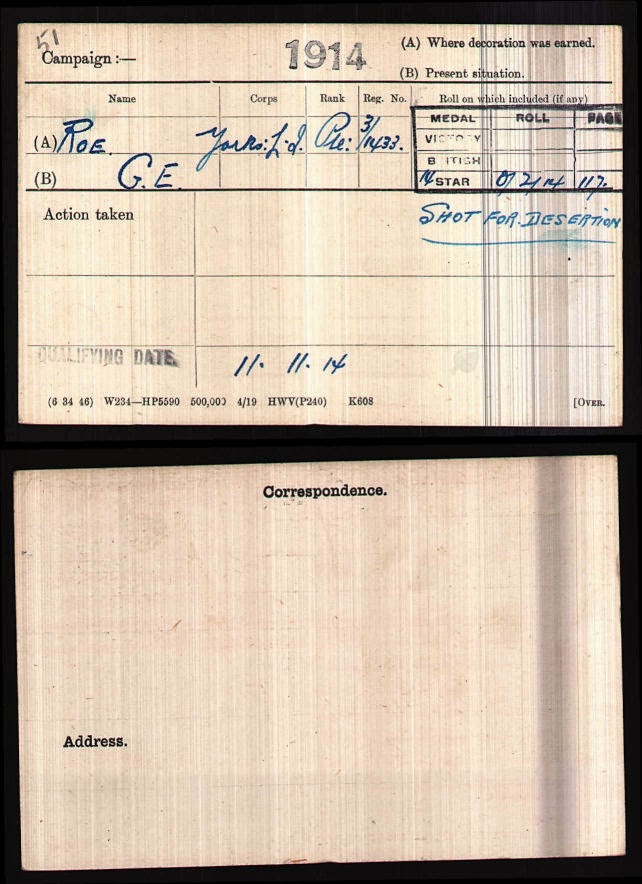