This article is from The Sheffield Star dated 23rd February 1939, and chronicles the events of a Tuesday night in Bamford, and also, according to Miss Green, similar events the following night (Wednesday) in Birmingham, 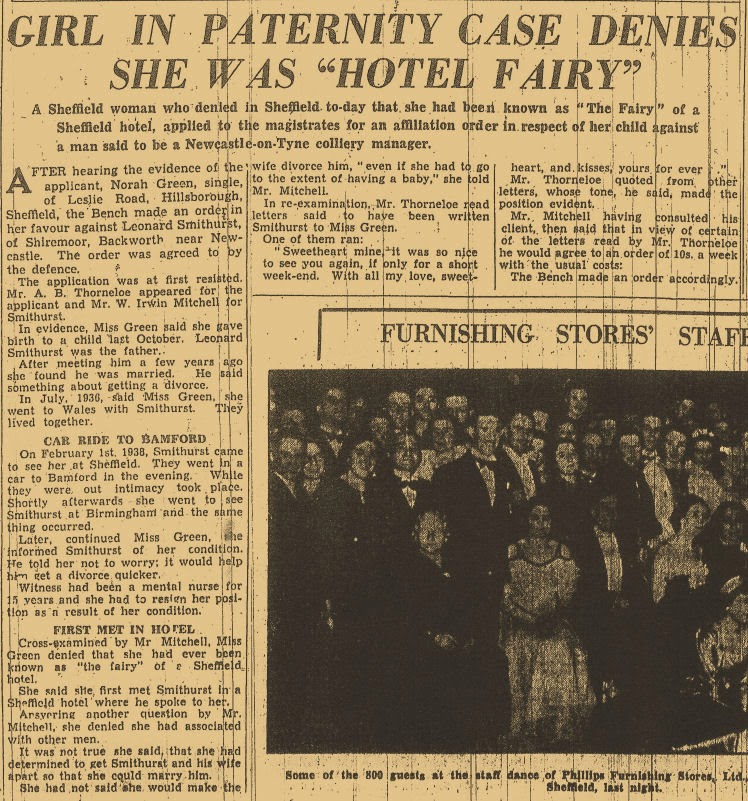 The outcome of these "events" led to the appearance of both Miss Green and Mr Smithurst in a Sheffield Magistrates Court. Mr Smithurst was represented by the famed Mr W Irwin Mitchell who lost no time in denigrating Miss Green, but was corrected by the contents of letters sent by his client to Miss Green.
"Sweetheart mine, it was so good to see you again" was just one of the blandishments uttered by Mr Smithurst.