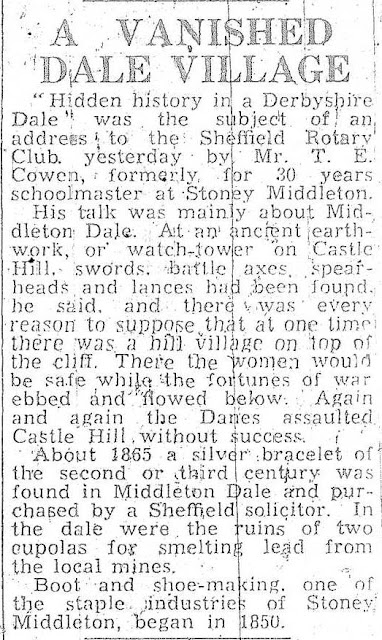 This report was adjacent to one that recorded a Luftwaffe attack on Ellesmere Road Pitsmoor Sheffield that was to lead to eight fatalities.

One of those fatalities Mr Horace Middleton who was badly injured in the blast died from his injuries seven days later - as far as I'm aware he was the last person to be killed by a German bomb in Sheffield during the Second World War
Posted by ceegee at 5:29:00 pm