Another photo-card that I came across recently does have a family connection. The card shows the taxi driver a Mr. Reuben Thompson and the noted Sheffield industrialist Sir John Bingham in Barkers Pool Sheffield 1905. 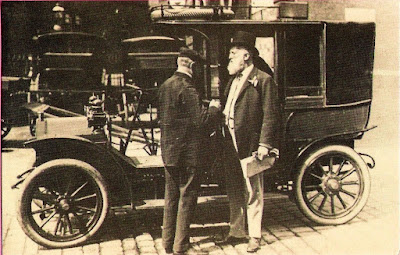 Reuben Thompson was to become the owner of a major transport company in Sheffield and was the employer of my grandfather Sid Hemsworth. Sid worked for the company up until the end of the Second World War. Here is a photograph of Sid admiring his handiwork! 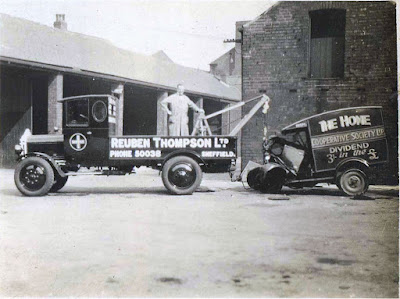 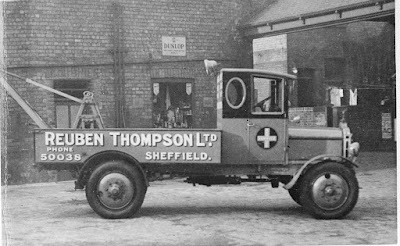 The company had offices on Queens Road Sheffield which are now demolished. They were opposite the Earl of Arundel public-house