Well this is the first post of 2018. Such was the nature of the television programmes that were screened over the Xmas and New Year, I spent some time looking at some old Sheffield United programmes dating from the glory days of the early 1970's.

One I came across was from Saturday 3rd April 1971 and it was a game against Norwich in Division 2 at Bramall Lane. The cover featured one of the Blades all-time greats scoring the winning goal against Bristol City a week earlier 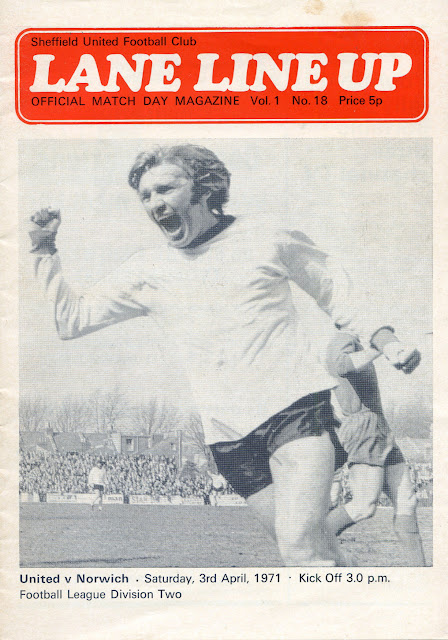 But inside the programme was a profile of the United goalkeeper at the time John Hope. 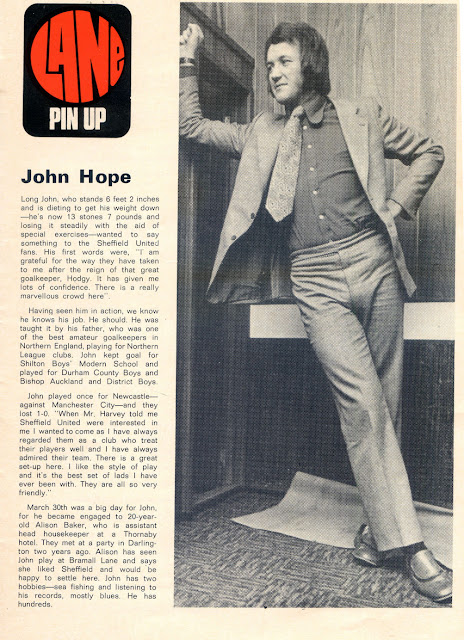 John sadly passed away in 2016 at the age of 67. I was going to add some more information on John but there is this excellent article on View From The John Street blog which sums John's life at the Lane up perfectly. I simply could not better it.

By the way, in the match John kept a clean sheet in a 0 - 0 draw and his, and the teams efforts were rewarded that season with a deserved promotion to the old First Division. In fact the team never lost a game after the  draw against Norwich. And they only conceded two goals!
Posted by ceegee at 4:28:00 pm