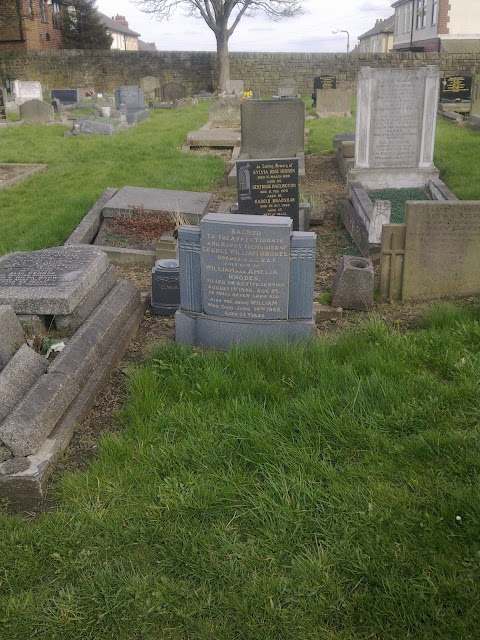 And this is how George died. He was based at RAF Upper Heyford with the  16 OTU (Operational Training Unit). There were satellite airfields at RAF Barford St Michael, RAF Croughton and RAF Hinton in the Hedges

Sergeant (Pilot) Oswald George DAY   RAFVR No. 742004
Age 24 and the son of Harold Johnson Day and Gertrude Day of Leicester. He is buried in Sec V Grave 126 Gilroes Cemetery, Leicester

Flying Officer (Pilot) George Holland THEVENARD  RAFVR No. 70668
Age 33, the son of Ernest Frank and Margaret Montgomery Thevenard and the  husband of Jeannie Thevenard of Hull. He is buried in Plot 1 Row B Grave 14 in the churchyard of All Saints Church, Middleton Stoney

Sergeant (Wireless Operator) Sydney Nevil BAKER  RAF No. 645894
Age 21 and the son of S G and Annie Baker of Dordon.  He was the foster son and nephew of Mr H E Thorpe of Dordon. He is buried near the south boundary of the churchyard of St Leonard’s Church, Dordon, Warwickshire

Aircraftman 2nd Class George William RHODES  RAFVR No. 996999 Age 24 and the son of William and Amelia Rhodes of Commonside, Sheffield. He is buried in Sec JJ Grave 5603, Crookes Cemetery, Sheffield

One source states that George was a passenger on the aircraft.