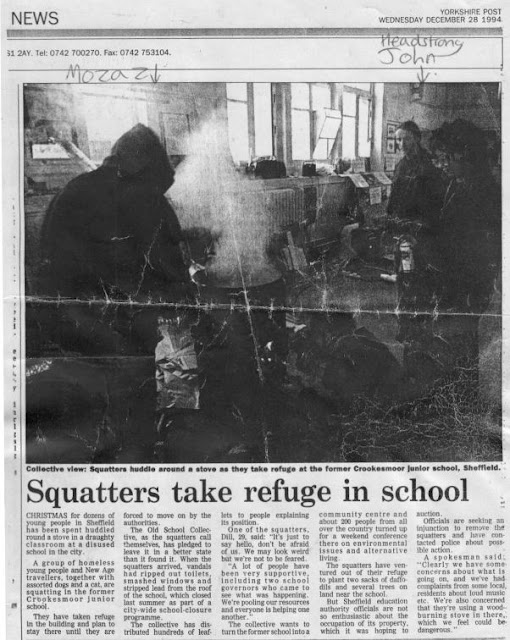 I vaguely remember the occupation of the school but what I cannot understand is how and why Sheffield Education Authority permitted the school to be vandalised after it was closed in the summer of 1994. They were the legal owners of the school, as they reminded readers of the newspaper, but they had permitted "vandals" to smash toilets and windows, strip lead off the roof  and destroy the fabric of the building. And it begs the question of what the police were doing to apprehend the miscreants. Very little by all accounts

The squatters appear from the report to be doing the opposite!. Over the last few decades this type of vandalism has happened time and time again in publicly-owned properties in Sheffield, but the custodians of the properties (Sheffield City Council) are never held at least partly responsible for the destruction of their assets.

Perhaps responsibility for the maintenance and upkeep of such buildings should be transferred to organisations that can fulfil that role.
Posted by ceegee at 5:43:00 pm