I came across the following cutting which was in the ever growing "to do" pile. The cutting relates to my family history. 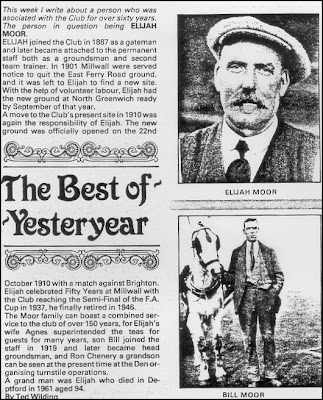 Elijah was my second cousin's Barbara's great grandfather or to put it another way, Elijah's daughter Agnes was my grandfather's sister in law. Elijah can be see on the team photo of Millwall FC that was taken in the 1905 - 06 season. He is on the back row wearing a flat cap 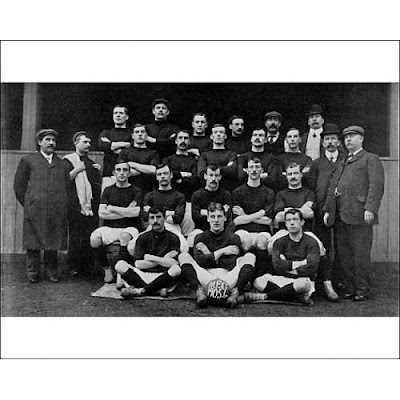 I also have a photo of Elijah that was taken with my great grandmother Elizabeth Hobbs that was from an old photograph album that my gran had. The photo may have been taken in New Cross London in the late 1930's 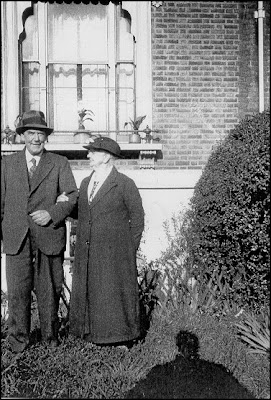