I've just updated an article on James Welch VC who was awarded awarded the VC for his actions in WW1.Like many articles on the website I update them as and when information becomes available but James' details are thin on the ground. Wikipedia have a small article which states that James was cremated in Bournemouth in 1978  - information I think they may have obtained from the Dorset Advertiser 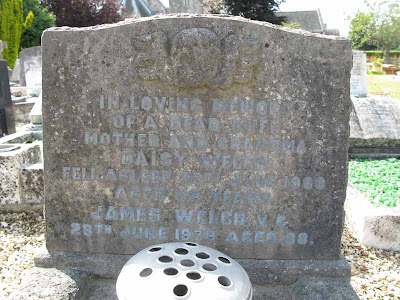 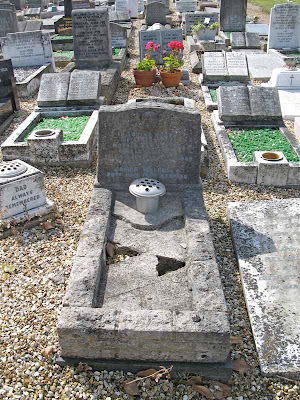 .But as these two photos show that may not be the case. From the wording on the grave it seems to me that James was intererred alongside his wife Daisy. The inscription does not mention "cremation". Of course his cremated remains may have been placed there, but I get the impression that is not the case.

But from my point of view the information on the incription has enabled me to trace the family and update the article. In fact the 1911 Census shows James' future wife Daisy working as a servant for Mr Tasker (Solicitor) in Cairns Road Crosspool