At the prompting of a friend, I was asked if I knew anything about the whereabouts of the war memorial that was in the long demolished church of St Michael and All Angels in Neepsend Sheffield. 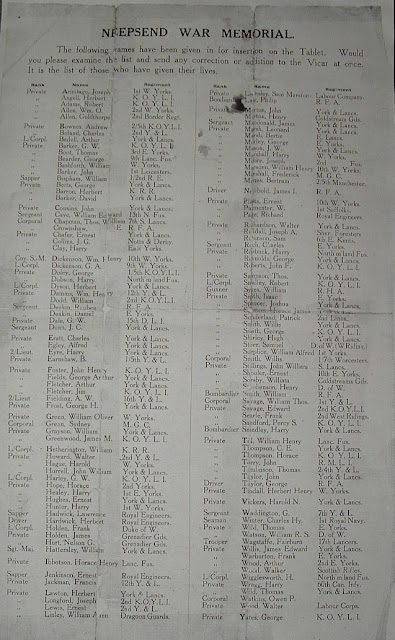 I was able to locate a press cutting from the Sheffield Daily Telegraph dated 28th June 1920 which gives an account of the inauguration of the memorial in the church. 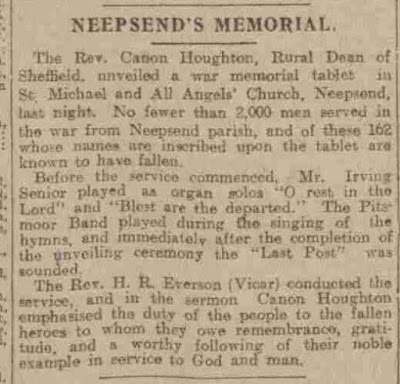 St Michael and All Angels was closed in 1952 and demolished three years later. It is believed that the war memorial was moved to the custodianship of Wicker Holy Trinity..

I contacted the church and asked if they knew anything about the war memorial but sadly they did not.which is not really surprising. According to the National Archives the Wicker Holy Trinity church was merged with Christ Church Pitsmoor Sheffield in 1972.

If anyone can offer any further information on the whereabouts of the memorial then please contact me.