In late November 2015, nearly two years ago I posted a blog on the parlous state of the Crookesmoor Vestry Hall - 80 Crookesmoor Road Sheffield. At the time I did witness some activity on the site and stated at the end of the article that I hoped that it would be " a precursor to renovating this rather pleasant building. Time will tell!" 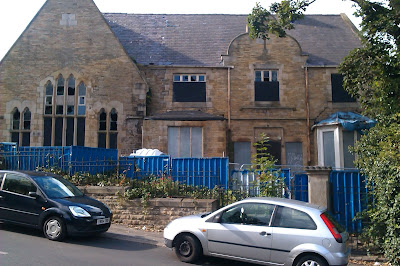 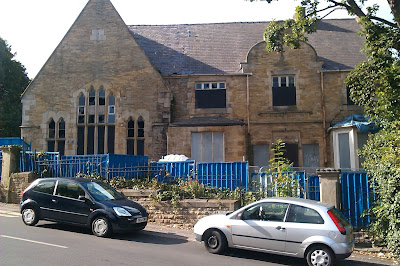 Well I passed the building last month (September 2017) and as you can see any hopes I had, have been well and truly dashed. It appears that very little has been done to renovate the building. In fact the addition of sitex boards to the windows and doors seems to me that the developers are intent on prolonging this dereliction so that future generations can witness the demise of this building.