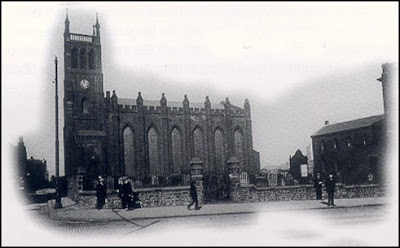 The above photograph is Christ Church Attercliffe which is also referred to as Attercliffe Parish Church. My grandparents were married there on 12th August 1918. However the church was badly damaged in the Sheffield Blitz of December 1940 and was later demolished.

A shame because it was a fine building. But nearly thirteen years later the "Blitzed Church Site" was now "An Oasis". This cutting is from The Sheffield Telegraph dated 13th August 1953, thirty five years after my grandparents wedding.

There is an excellent photograph taken in 1959 showing the Garden of Rest and it does look a "refreshing spot." I obviously need to find out its current status for want of a better term 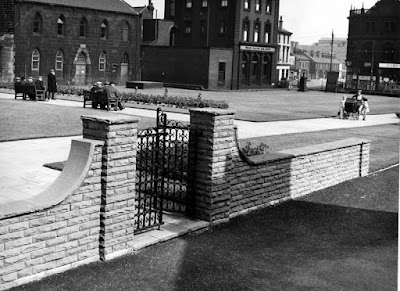