The following is from The Times dated Monday 19th June 1854 but it looks as though the initial report was from the Derbyshire Courier. 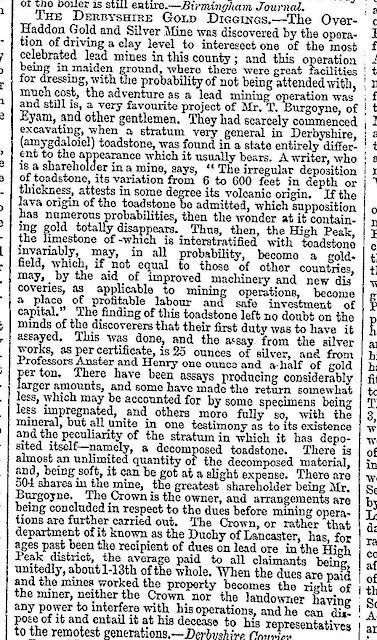 I was going to post an article to my site about this facet of Derbyshire's history but found this article that is from Bygone Industries of The Peak which seems to cover the salient points.  I was unaware that the Crown, under the auspices of the Duchy of Lancaster, was the owner of such deposits.