On the face of it a straightforward marriage but prior to the Marriage Mr Hayes encountered a bit of trouble. The Guardian dated 20th September 1928 reported that Mr Hayes was prone to giving false oaths so that he could marry Doris Day!!! 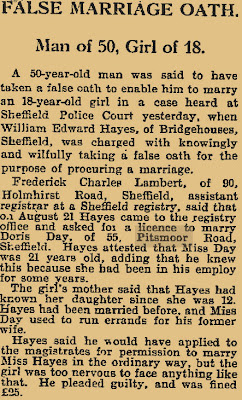