Very sad to hear about the death of Alan Woodward whilst I was on holiday. But what was really strange was that when I returned I started sorting some of my old Blades programmes. The first one I picked up was United against Watford, a Division One game that took place on Saturday, 13th January 2001. And in this programme was the following article on Alan 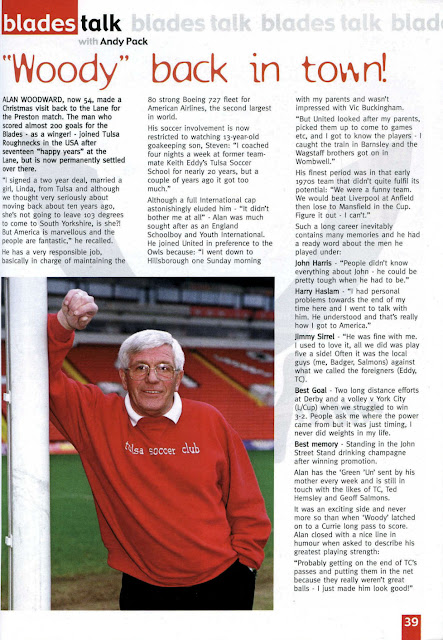 To much of a co-incidence. And the game against Preston NE that Alan saw when he was back in Sheffield ended up in a 3-2 victory for the Blades
Posted by ceegee at 2:26:00 pm