This is a photograph of the junction as it is today - not on a cold dark January night in 1884. And it appears that Richard's death was not the only accident that occurred there in the late C19th. They were a few! 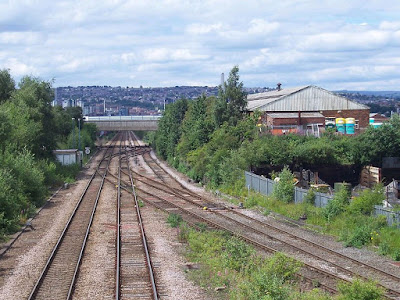 There is also an interesting story relating to his young widowed wife Mary and their two children.

And this as a point of interest is the 301st posting to the blog since it was initiated in November 2010. Where does the time go?
Posted by ceegee at 5:19:00 pm