The same researcher, who kindly provided me with information about Richard and his family, sent me this material about his paternal grandfather

"RIchard's grandfather (also called Richard) was a clock and watch maker in East Retford, Nottinghamshire,and some of his clocks still exist today - they will be around 200 years old now, and can sell for about £1000. 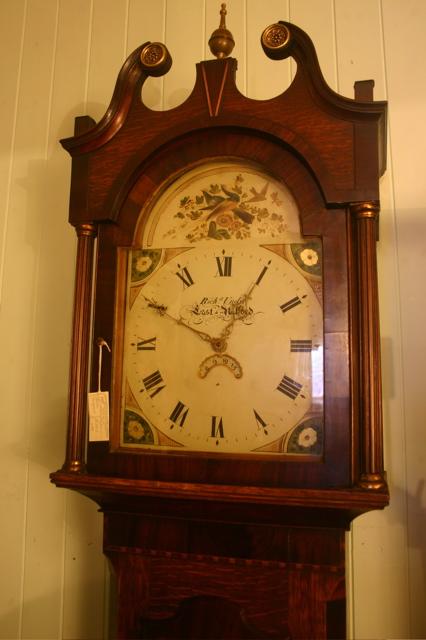 If you look very closely at the clock face, you will see the name 'Richd Undy' and the words East Retford. Richard the clock maker (1777-1855) was also a farmer in later life, and he was quite a wealthy man - which could well be where the money came from, which Richard the grandson left to his widow, Mary." 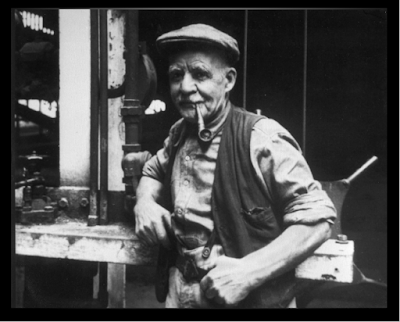 Undy Hill worked in Renishaw Ironworks and the photo was taken in the 1940s or 1950s, according to his grandson. I think it's a great picture, don't you! It makes me wonder whether his uncle Richard looked similar to him."
Posted by ceegee at 3:33:00 pm