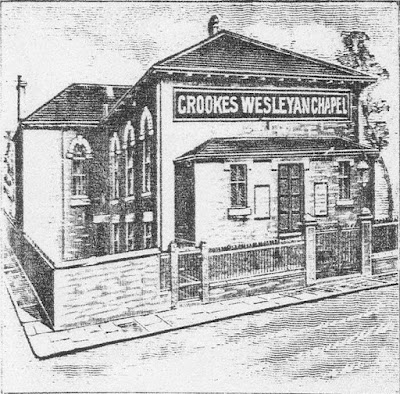 The photograph below was taken in 1908 and shows the Chapel just before the congregation moved to Wesley Hall (1912). 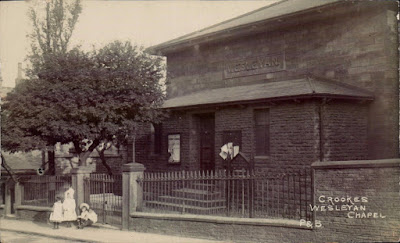 The drawing is a very good likeness apart from the sign - it states Crookes Wesleyan Chapel,whereas the photograph has the single word Wesleyan. It is the first photograph I have seen of the original Chapel