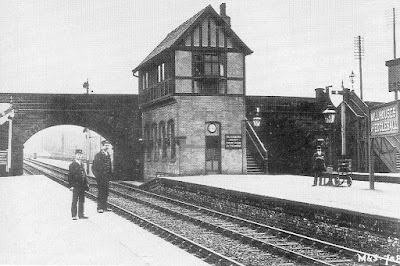 However Wikipedia have a brief history of the station in their article and so I decided not to proceed. The article does state that it became Millhouses and Ecclesall in 1932 which means that  the  photograph postcard is after that date (the signage)

There is a photograph of the station as it stood on Sunday, 22 June, 2008. It is the view north east towards Heeley and Sheffield. The left hand pair of tracks hav been lifted. Out of view to the far left, the old station house is standing 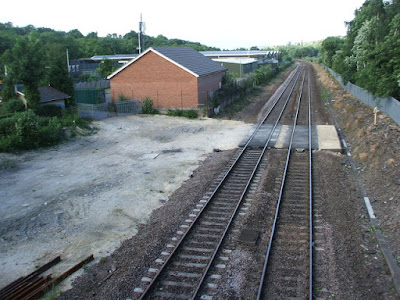 I had a wry smile when the Wikipedia article stated in the last sentence that " In July 2017, it was proposed by the Local Enterprise Partnership that new stations should be built at Millhouses and Heeley as well as new platforms at Dore & Totley. The plans would be part of a call to have better links in South Yorkshire area as well as plans for a new Woodhead Route reopening.

When I passed over the bridge the other day, work on the station had not yet started. mmm
Posted by ceegee at 4:34:00 pm