In the burial registers of  St Philips Church, Shalesmoor,Sheffield is this entry

But what is a lesser known fact is that Esther was the first interment in the churchyard of the newly commissioned church.

It is engraved on her memorial stone.that is inlaid into a wall in Hillsborough Barracks Sheffield 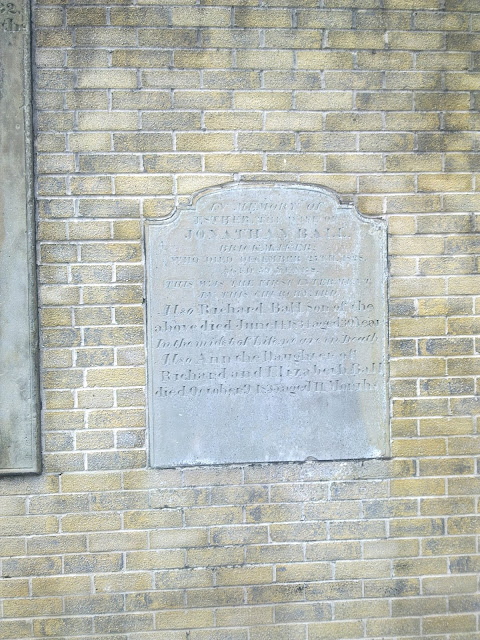 and a young infant Ann who died aged 11 months

St Philips Church, Shalesmoor,Sheffield was one of the million pound churches and played a prominent role in the life of the district for over 120 years. But like many similar churches it outlived its usefulness and purpose and was demolished in the mid 1950's 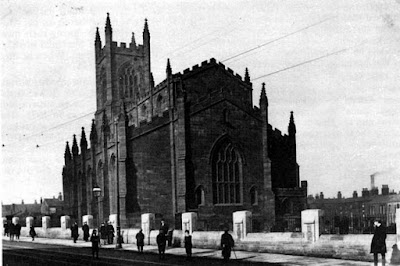 Esther's memorial was fortunate to survive - this is what I have been able to ascertain about the fate of those many thousands who were buried there and their headstones.

All the bodies were exhumed under the remit of Sheffield City Council (the church authorities seem to have gone missing). Their department Bereavement Services confirmed that all the remains were taken from St Philips to Abbey Lane cemetery, Section H and placed in a communal grave with no memorials

One descendent whose forbears were buried in St Philips contacted the council to see if anyone had made a record of who exactly was moved. He was referred to the Council's  legal team to see if there were any details collected when licences were gained to exhume the remains. The answer they  received was that it does not appear that any records were made of who was moved.

A subscriber to the Sheffield History Forum was told that the headstones from St Philips were sold to stonemasons, and some of them, cut into blocks. They can be seen in the retaining wall of the River Porter in Bingham Park (Sheffield). It is certainly true that sections of gravestones are present in the wall, as ornamentation is visible in places. I believe they were also used in the low wall on the path leading down to Forge Dam.

And so without the actions of  Ron Clayton this piece of Sheffield history would have been forgotten.

As a footnote I was told years ago that the pews and other wooden fittings in the church ended upp on local bonfires and of course  there is the apocryphal story that when they exhumed some of the coffins they were scratches on the inside of the coffin lids. I was very sceptical of this but after reading about the exploits of Mr Heywood and the revival of Joseph Fegan I am not that sure.!