And as a result of the article I posted further articles concerning persons associated with the match  The Chairman of the Football Association Charles Clegg who presented the Cup to the victorious Barnsley team, Harry Tufnell the winning goal-scorer and Reverend Tiverton Preedy (1863 - 1928) the original founder of Barnsley FC

The reception for the team after the match was held at the Clarence Hotel Barnsley and the matchball, was presented to the guest of honour the  Reverend Tiverton Preedy 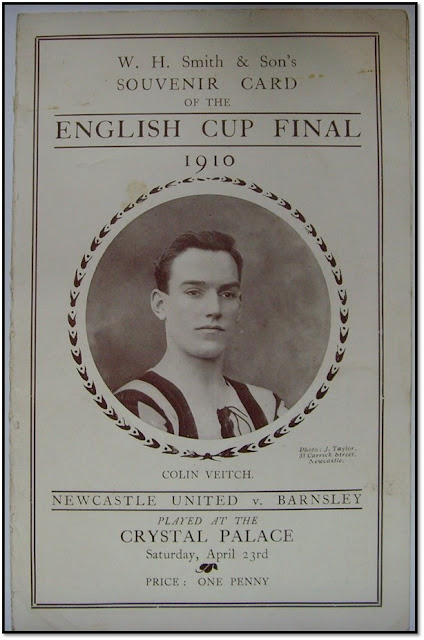 But for me the Final will be remembered for this magnificent photograph taken outside The Clarence Hotel Barnsley. It shows Amos the donkey, Barnsley FC's official mascot, pictured with his ‘jockey’ outside the team’s HQ . 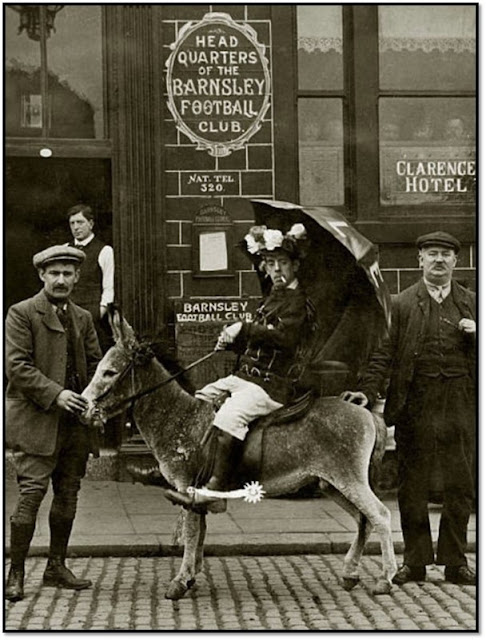 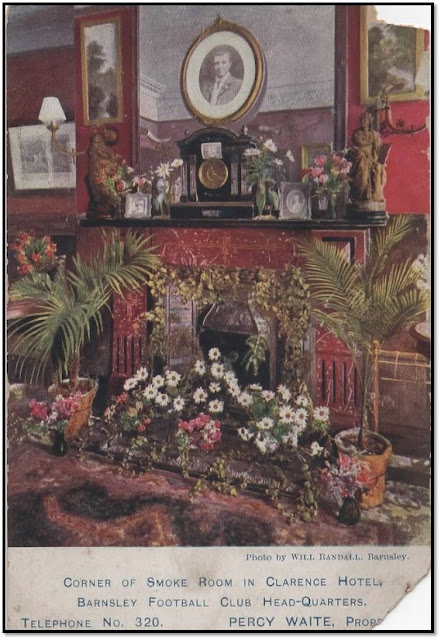 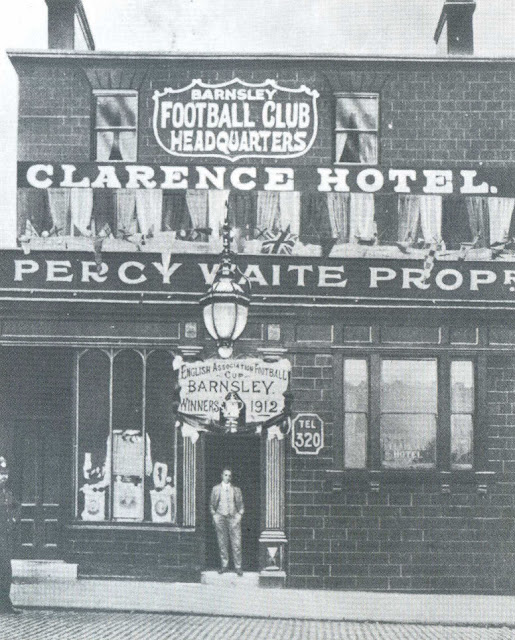