The Footpaths of Walkley (Sheffield) - January 1892 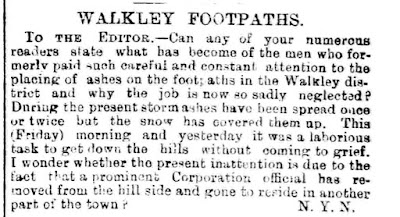 It did provoke a wry smile given that after 128 years I can answer the readers question. They were  fortunate to experience a time when men placed "careful and constant attention to the placing on ashes on footpaths." The writer laments that during the inclement weather that persisted in January 1892 the persons spreading the ashes were less than diligent to the extent of neglect.

They infer that the reason for this tardiness in the placing of ashes is the fact that a prominent Corporation official has left the area, In relocating to another district, the official has left the citizens of Walkley with the "laborious task" of walking up and done the numerous hills in the district on icy and snow-covered footpaths

The Corporation must have been aware of this criticism and came up with a solution. They decided to do away with the spreading of ashes on the footpaths and pavements altogether. I have lived in the district for over forty years and have never once experienced men playing ""careful and constant attention to the placing on ashes on footpaths.." In fact when winter weather hits the hills of Shefffield, the last thing you will see are corporation employees clearing the footpaths. A grit bin at the top of a few streets is the best you are going to get! 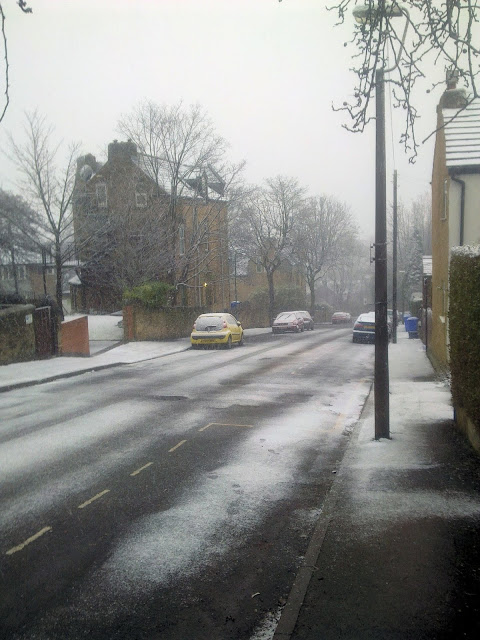