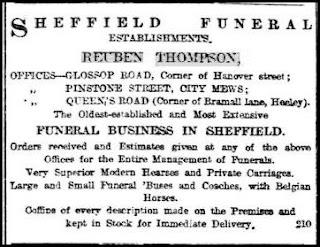 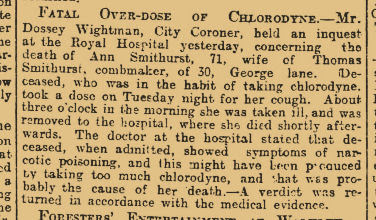 I'd never heard of this medicine and so a quick net search revealed that it started its life as a medication used in the treatment of cholera but due to its "narcotic properties" it proved to be one of the best selling medicines of the C19th. Its principal ingredients were a mixture of laudenum (an alcoholic solution of opium), tincture of cannabis, and chloroform, and so it readily lived up to its claims of relieving pain, as a sedative, and for the treatment of diarrhea.In fact it was highly addictive hence Mrs Smithurst's "habit of taking a dose" 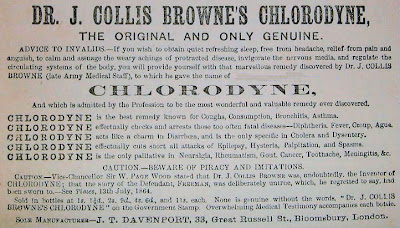 Sadly the mixture was diluted throughout the C20th. The cannabis was removed from the formulation, and the amount of opiates in the medicine were progressively reduced. Shame really!
Posted by ceegee at 1:02:00 pm