It was our monthly workday at Walkley Cemetery last Saturday (26th April 2014). 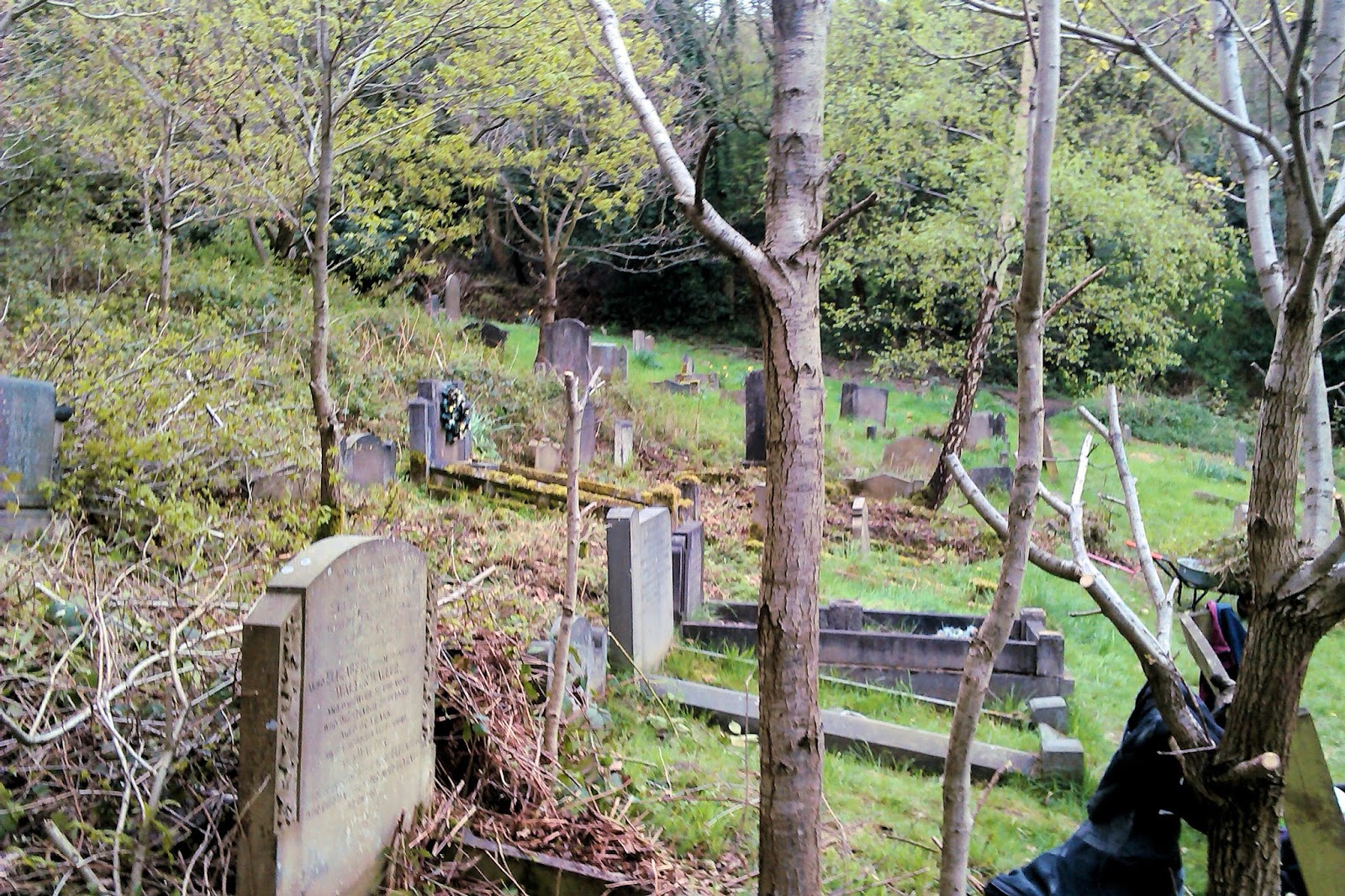 Whilst clearing the section I came across the grave of Mary Fretwell who died in April 1930 at the tragically young age of 21. The headstone was laid flat and as I uncovered the stone, I realised that firstly it was a beautiful stone and secondly that Mary's parents were buried with her.

But what struck me was that the headstone stated that her father Herbert was killed at work on 8th July 1941. And so the next time I am in the Local Studies library I am going to see if there is a record of how Herbert was killed. 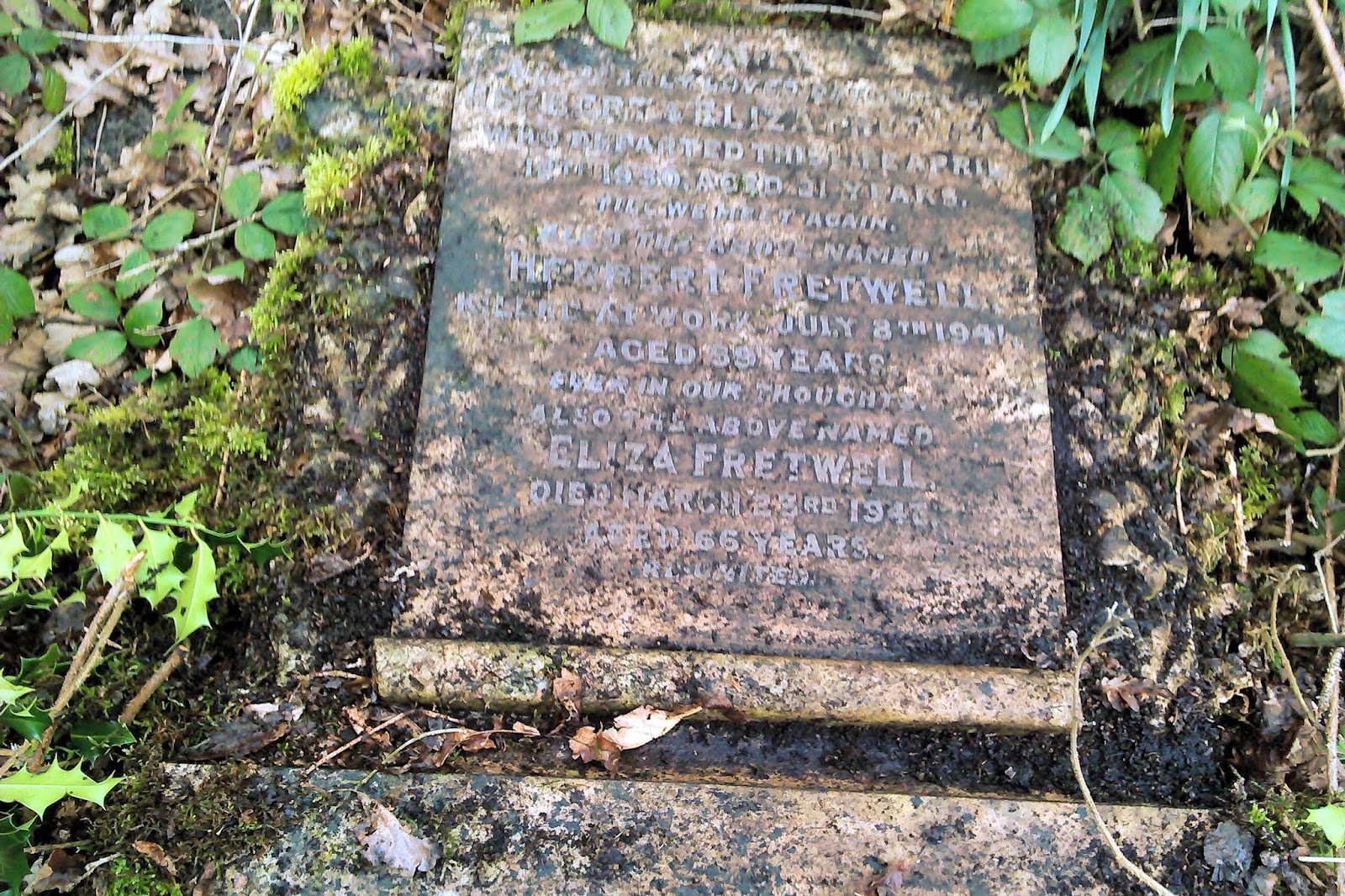 His wife Eliza died less than two years later in 1943.