"Just came across your site, looking for information on those who are buried there. I attach a document giving a brief outline to William Domkowicz who was buried in the cemetery on 16 August 1898.

An unremarkable man, but interesting in that he was one of the first 28 refugees to arrive in Sheffield from Hungary in 1851. A newspaper article, to which he has put his name (amongst others) is also shown in the document."

I contacted the sender and he kindly allowed me to place the document on my website. 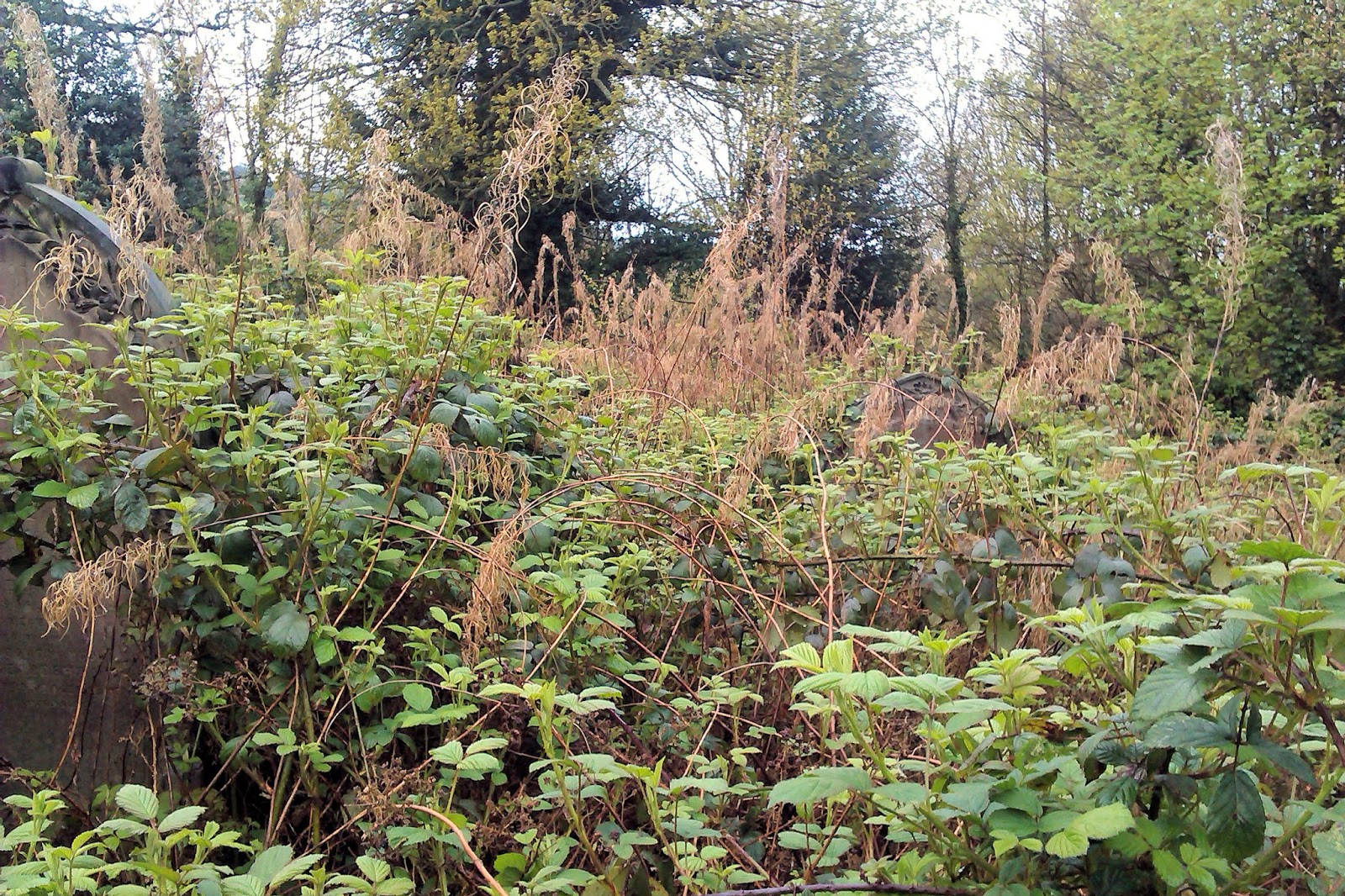 C section no 444. - William's final resting place - That part of the section is in the most overgrown in the cemetery and as William was buried in a public grave there is no headstone/mi. It is just two rows behind the mostly covered headstone to the right in photos