Another piece of memorabila that has surfaced from the files!

An invitation to the wedding of Mr Arnold Robert Hardy and Miss Fanny Fletcher that was sent by the brides father Mr G. H. Fletcher to Mr and Mrs Ludgate. The wedding took place at Cherry-Tree Chapel, Union Road, Nether Edge, Sheffield on 10th June 1919. (The year was omitted on the invitation). The reception was to be held at the Devonshire Hall, Devonshire Street 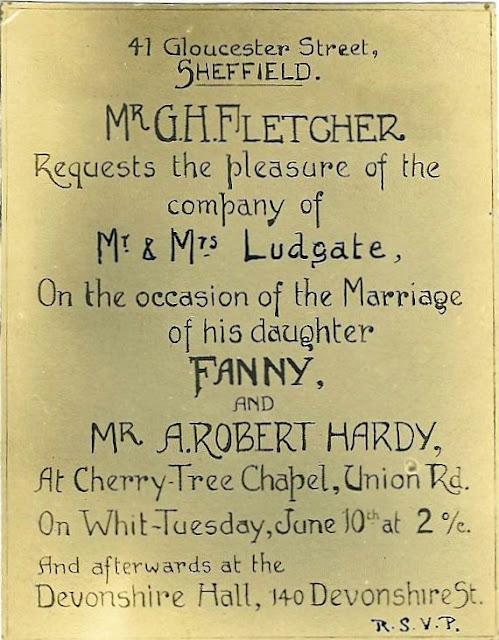 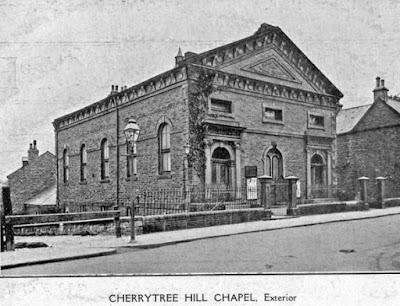 The invitation looks as though it was handwritten in painstaking fashion and the RSVP at the bottom corner seems as though it was an afterthought. 41 Gloucester Place was the home address of Mr George Henry Fletcher. the brides father. His wife Mary Jane Fletcher (nee Shaw) had died the previous year at the age of 62. She never saw her daughter get married.

Arnold and Fanny are buried together in Sheffield's Norton Cemetery. They both died in 1968, a year short of their fiftieth wedding anniversary.