I've just posted an article to the site on Edgar. He was killed in France in September 1915, leaving a wife Emma and three young children. Edgar has no known grave and is remembered on the Loos Memorial 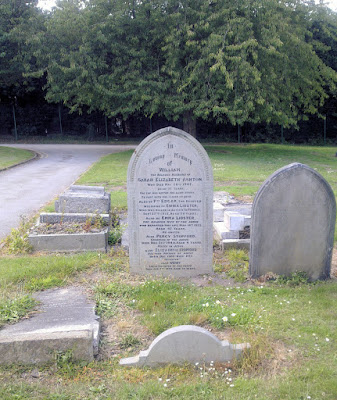 He is also remembered on this grave in Sheffield's Intake Cemetery where his widow Emma is buried.

In 1901 Edgar was living with his parents Joseph and Jane at 28 Stanhope Road, Intake,Sheffield a road I know well. It appears as my address on our marriage certificate
Posted by ceegee at 4:28:00 pm No comments:

This advertisement is from the Yorkshire Telegraph and Star dated 26th February 1907. It refers to the problems Agnes Bland was having with her kidneys, and the measures she took to lessen her troubles. I believe that Agnes was my gran's Aunt. And of course she was a cousin to George Sanby who also had troubles with his kidneys (see previous post)

According to the "Sheffield Evidence," Agnes troubles arouse from her working conditions and progressively got worse. But Doan's Pills came to her rescue.

Of course the mystery is why both George and Agnes feature in the advertisements seven years apart. And did they get remuneration for their testimonials?
Posted by ceegee at 12:13:00 pm No comments:

This advertisement is from the Yorkshire Telegraph and Star dated 26th March 1914. It refers to the problems George Sanby was having with his kidneys, and the measures he took to lessen his troubles. I believe that George was the cousin of my great grandfather Edwin Sanby.

Midland Road Heeley Sheffield no longer exists. And as a side note George lived to be 66 years old before he passed away in 1947