This is the burial record of Ronald Ludwig

Death form tetanus following an accidental abrasion was the verdict at an inquest in Sheffield yesterday on the body of RONALD LUDWIG aged two, whose mother stated that the boy had a small abrasion on the left heel, caused through wearing shoes without stockings. A  doctor expressed the opinion that the child contacted the infection through running about without shoes and stockings 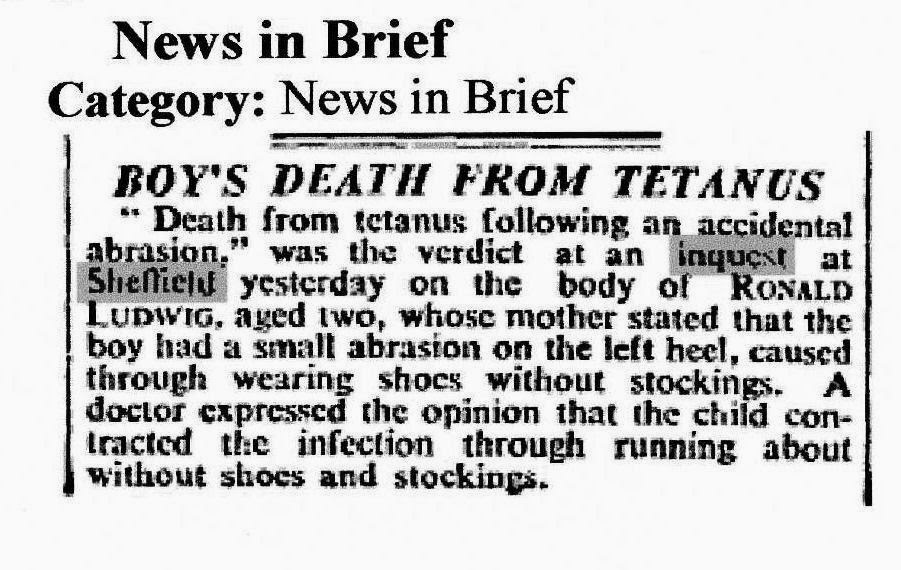 What probably happened is that the ill-fitting shoes caused the abrasion and to lessen the irritation and pain, young Ronald took his shoes off, and in doing so, contracted tetanus through the sore(s)
Posted by ceegee at 3:33:00 pm No comments:

Long Shadows Over Sheffield: Forgotten Lives of the Great War

As you may have gathered from the postings that I have made so far this year there has been an over-emphasis on events relating to World War One. The reason for this is quite simple - a third book is due hopefully for publication in the spring.

The title " Long Shadows Over Sheffield: Forgotten Lives of the Great War" 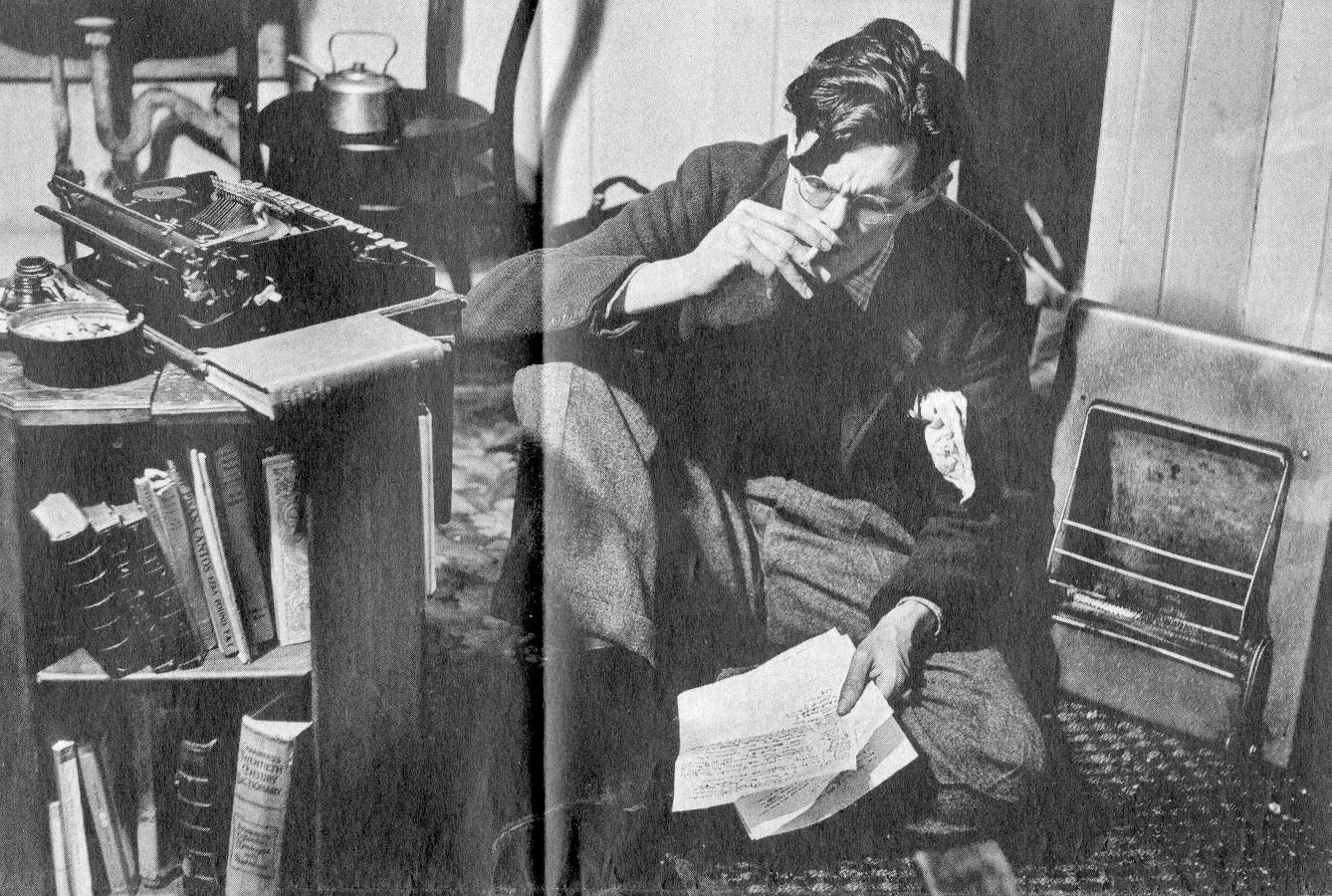 At work reading the proofs!

Most of the material was taken from articles on my website but myself and co-author Matthew Bell have conducted some additional research to ensure that the articles are rounded off. I'm currently proof-reading the final draft and it is something that I do get perturbed about. You can alter a webpage at anytime but with a book any errors are there for posterity and so you have to ensure that it is both factually and grammatically correct.

It is also slightly shorter than our earlier two books which may please some readers!

One of the main problems we had was deciding the orders of the chapters but in the end we decided to leave it random. I was initially in favour of it being in alphabetical name order or even chronological but after reading the proof I warmed to the random nature.

And the final photo is rather poignant
Posted by ceegee at 4:05:00 pm No comments: 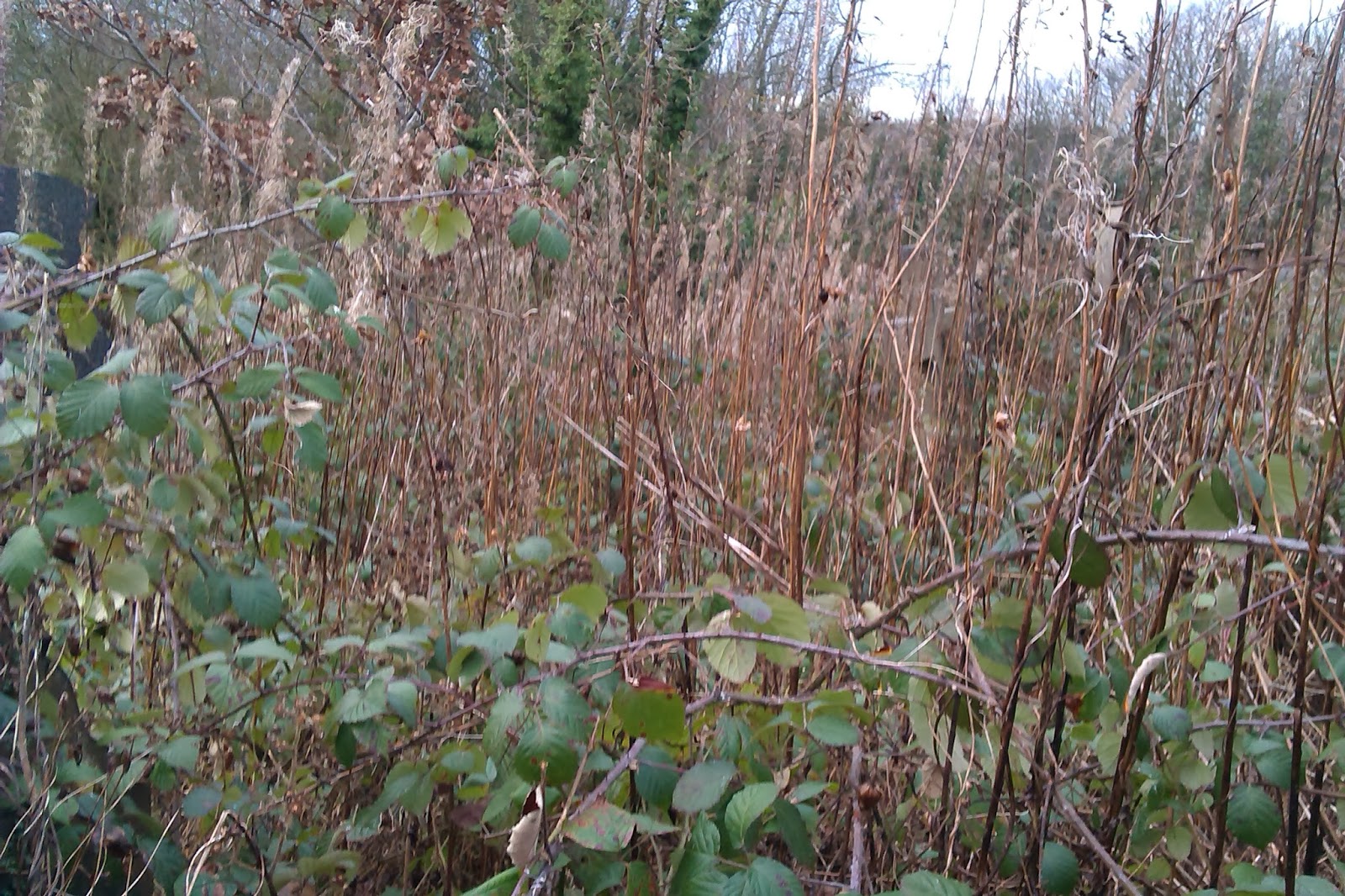 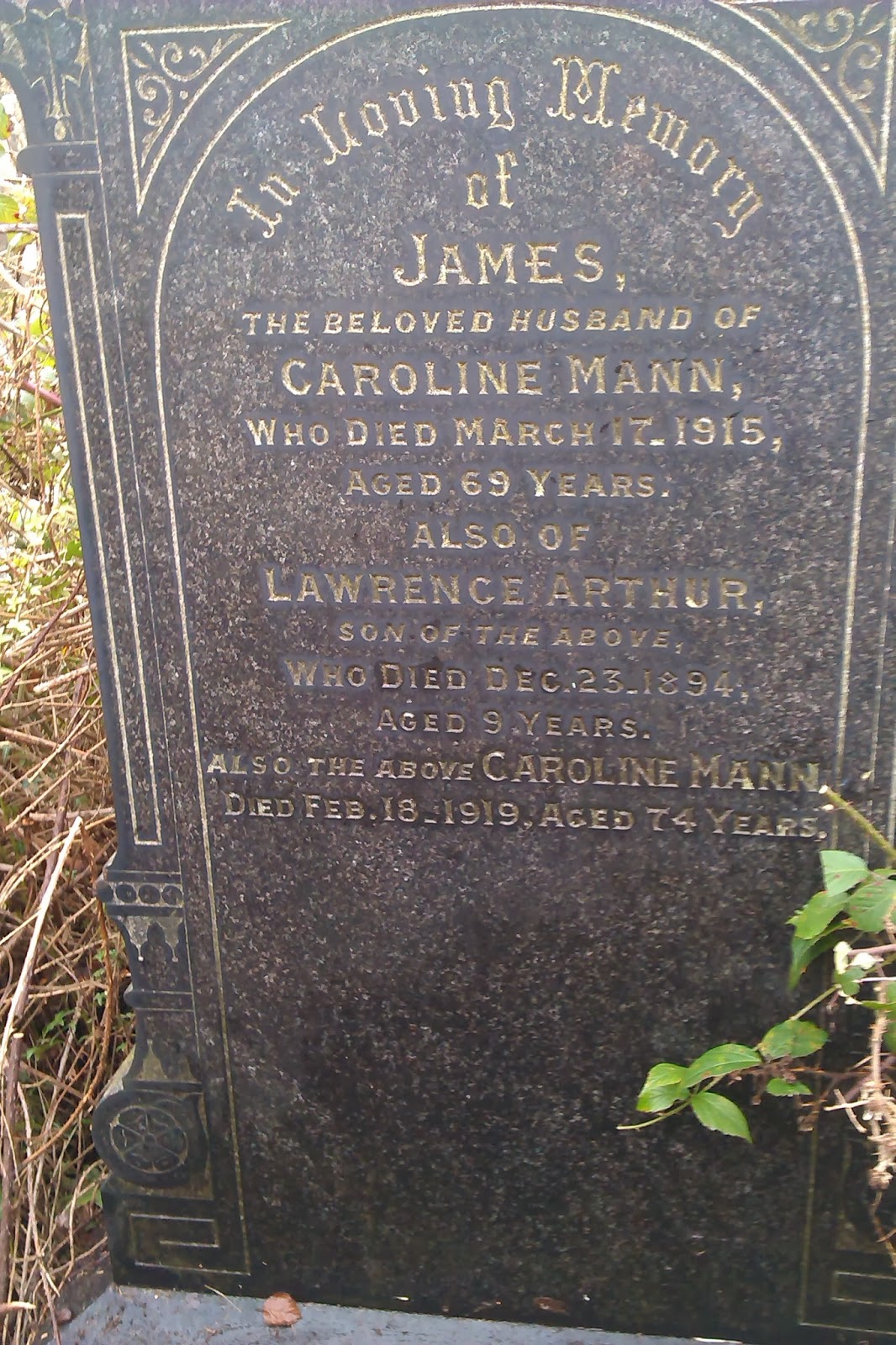 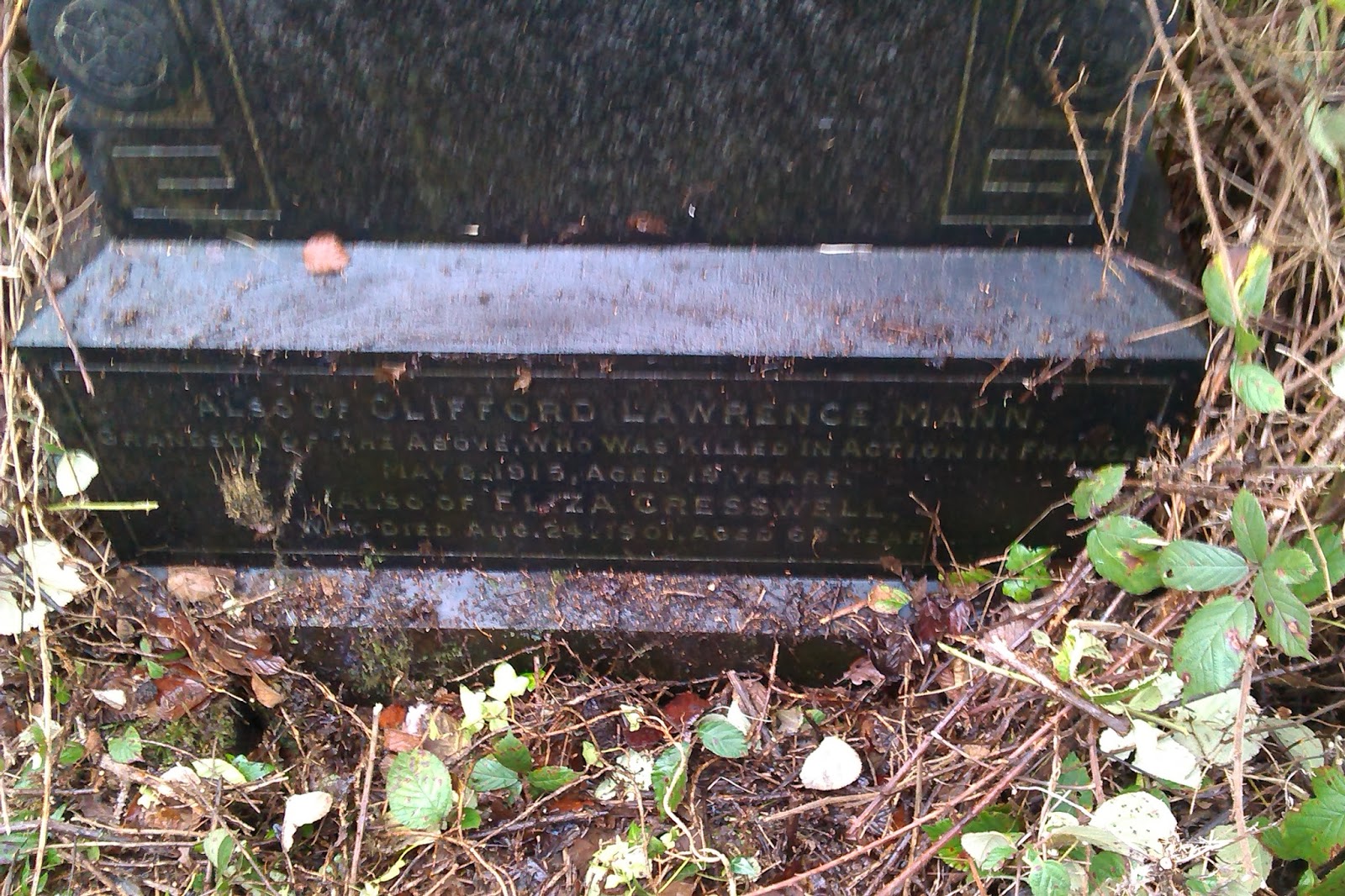 Of course Clifford was one of many thousands who have "no known grave" and is remembered on Ypres Menin Gate.

But he is now remembered in Walkley