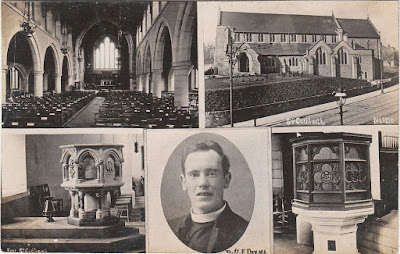 It is dated 1907. I must have passed this church hundreds of times over the years but ubtil I saw this postcard I did not know it was called St Cuthberts. 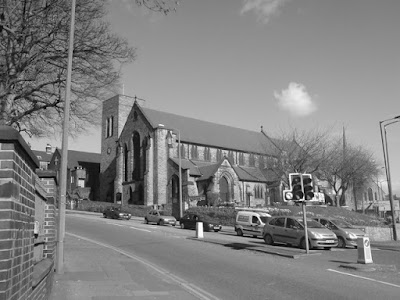 But neither of these entries reflect is the "excitement" of the previous day. The cutting is from The Manchester Guardian dated 26th April 1929 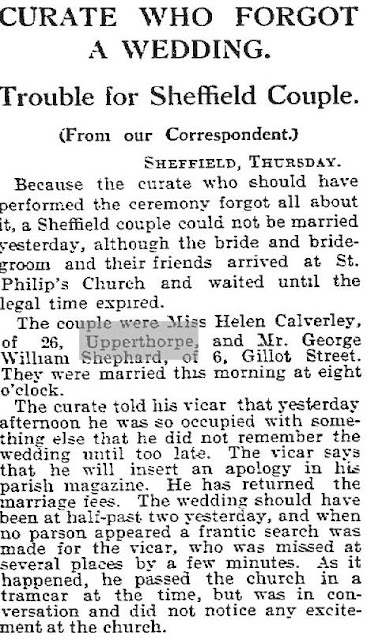 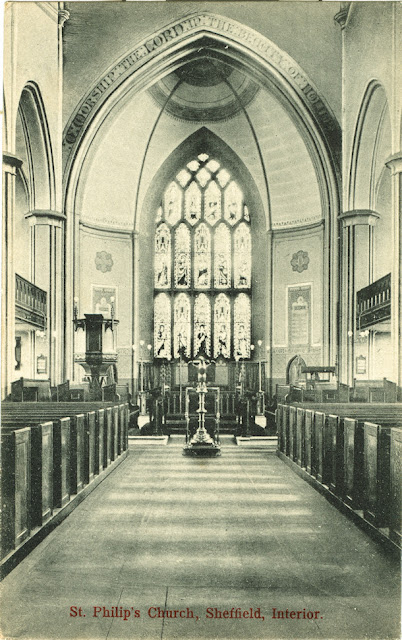 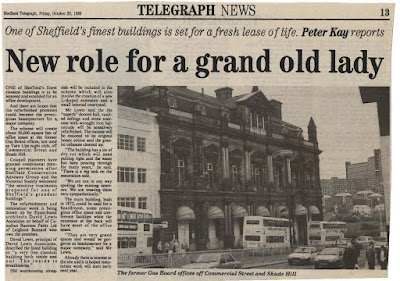 "One of Sheffield's finest buildings" and a "New role for a grand old lady" states the headlines.

The following is from Wikipedia

"The Gas Company vacated the premises in 1972 and was offered for sale but no buyers came forward. Property developers sought consent to demolish the building and redevelop the site but this was opposed by several preservation societies and in June 1973 it was designated as a Grade II* listed building (later downgraded to Grade II).

An inquiry into the building’s future in 1977 resulted in Sheffield’s Assistant Chief Planner David Cathels stating that the building was considered to be “A vigorous and distinguished example of Victorian architecture which should be retained”. Local businessman Les Vickers paid £110,000 for the building in 1978 with a scheme to turn it into a hotel and conference centre, however these plan fell through and in the early 1980s the building’s lower floor was converted into “Turn Ups” nightclub and “Bloomers” pub. In 1990 Canadian Business Parks of Bedfordshire acquired the building with plans to restore it, but this never happened as the company hit financial problems.

The building continued to deteriorate throughout the early 1990s and in 1996 Sheffield City Council served a legal notice on the owners to effect repairs. However, no maintenance was carried out, rain came in through the damaged roof and period fireplaces were stolen by thieves. The Council in partnership with English Heritage sealed the building against further damage and it was then acquired by English Partnerships, the Government agency for regeneration. The building has been restored and at present hosts the No. 1 Oriental Buffet Restaurant on it lower floor with office space above.

Sadly the building never became "the headquarters of a major prestigous company" but it does host a Oriental Restaurant. Not what Sheffield City Council had envisaged in October 1989
Posted by ceegee at 1:20:00 pm No comments: 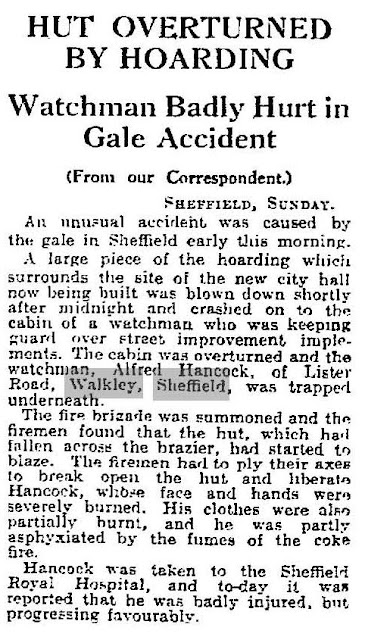 It was a pure twist of fate but Alfred Hancock had a lucky escape from a terrifying death. I have checked the BMD registers for the period but can fing no trace of his death and so I can only summise that he survived his injuries

A cutting from the Sheffield Telegraph 1991 marking the closure after 152 years of the Methodist Book shop. I remember it from the 1960's on Sheffield's Chapel Walk. The reasons given for the closure are still relevant today. 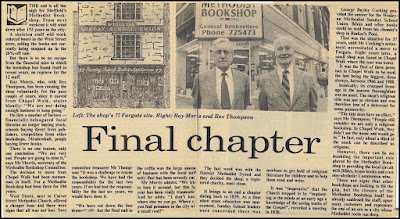 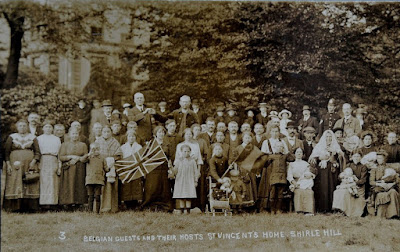 Britain welcomed around 250,000 Belgians to its shores following the German invasion of Belgium in August 1914. Sheffield offered hospitality to some 3,000 of these displaced Belgians. Shirle Hill at Nether Edge became a receiving base for Belgian refugees and other receiving bases were established in Westbrook House, Firvale House, Wadsley Hall and the Ecclesall Union.

The core of the Shirle Hill, (Cherry Tree Road, Nether Edge) was built in 1809. For a time it was the home of John Brown who founded the world famous firm of John Brown and Co. Ltd. More information is in the publication "Old Sharrow and Nether Edge in Photographs" by the Nether Edge Neighbourhood Group
Posted by ceegee at 4:11:00 pm 2 comments:

I came across this postcard recently that shows the old post office at Beauchief (Sheffield). It was on the corner of Abbey Lane and Abbeydale Road South, opposite the former Beauchief Hotel (Abbeydale Station Hotel) 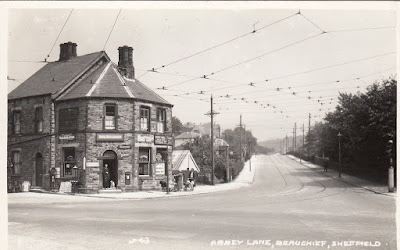 The site is now occupied by a set of mundane flats/apartments and before those were built, it was a garage forecourt.

There is no date on the postcard but it looks as though it was taken in the inter-war period. The tram tracks are visible and there are no motor vehicle in sight!.

The post office was still there in June 1964. There is a copyrighted photograph on Picture Sheffield that shows the building but the tram tracks had been taken up by that time.

I would like to know when the post office demolished, and more importantly for what reason.
Posted by ceegee at 3:15:00 pm No comments: 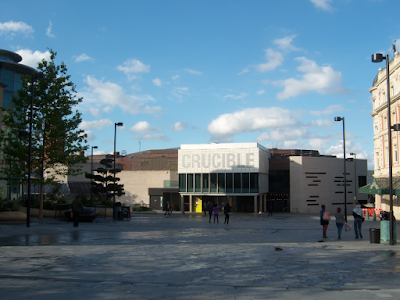 Until I read this cutting I was unaware that this was the first public square to be opened in Sheffield for nigh on 81 years. And of course the square nowadays is rather different form when it was opened - the grassed area has disappeared and has been replaced by flagstones