In the interim I also posted updates on this blog concerning the fate of the charabanc W671 and  The Funeral of "the boy Harrison" - Sheffield Friday 30th August 1907, one of the victims of the crash 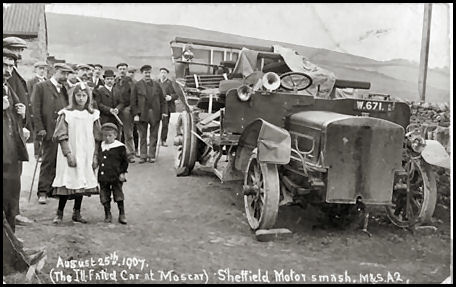 "After the accident, the vehicle was moved to the yard of Fold Farm, Hollow Meadows, where the photos were taken.  At the time, it belonged to my great grandfather, George Hammond.  In the photo with spectators, front and centre are a small girl and boy.  These were his daughter, Elsie, and son Harold, who was my grandfather.(see first photograph)

The second photograph was taken at the other side of the yard, as if looking directly at the wrecked vehicle.  Obviously, this wasn't taken at the same time.  George Hammond is centre, with his wife Anne.  Elsie, the little girl in the wreck photo, is left.  Middle is Alice and right, young George.  Family legend has it that Harold didn't want his photo taken, so hide in the cow shed, sadly. 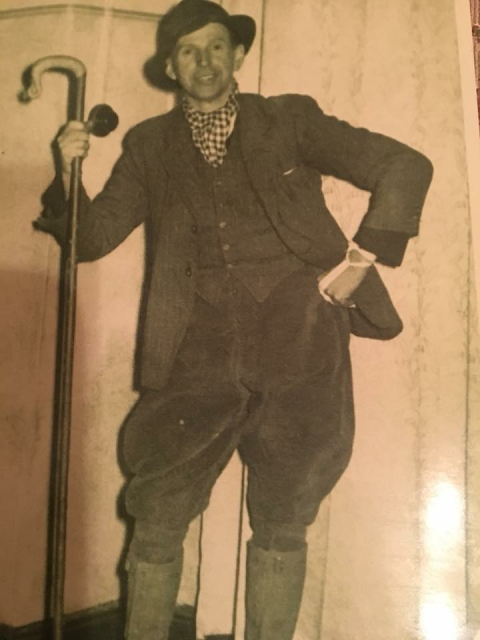 The last photograph is of Harold in later life, the boy who did not want his photograph taken. Looks quite a character!