MEMORIAL TO COASTAL MINE CLEARANCE OFFICERS AND MEN. MUNDESLEY ON SEA, NORFOLK

I've got quite a backlog of material to sort through but came across the following photograph that was taken in July this year. At first it looks like an increasingly desperate attempt by our children to  aquire their inheritance.  But it is in fact a realtively new war memorial that was only commissioned in 2004 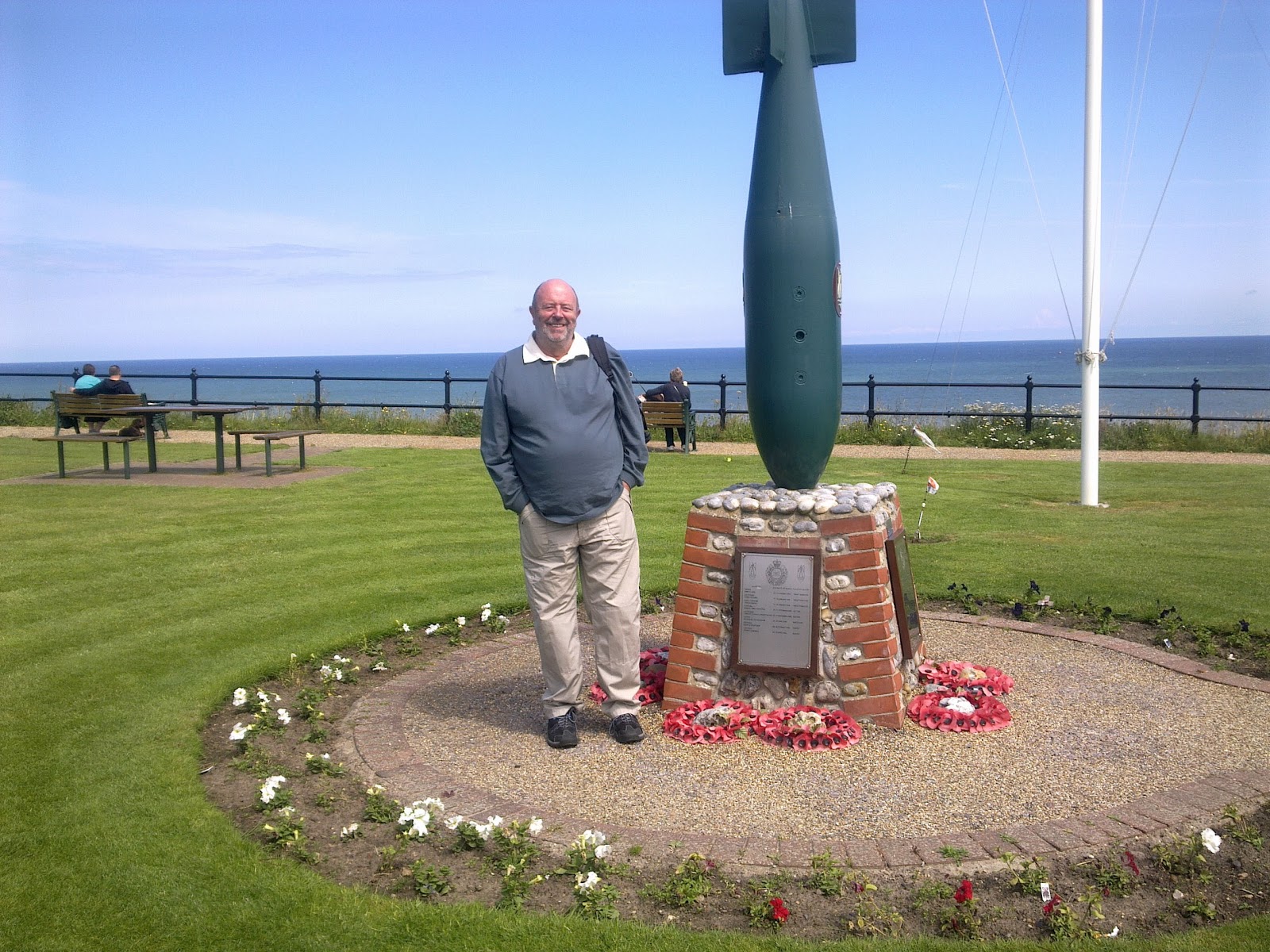 This is from an "Rootsweb" article

"MEMORIAL TO COASTAL MINE CLEARANCE OFFICERS AND MEN. MUNDESLEY ON SEA, NORFOLK.

A new Memorial is to be dedicated on the cliff top at Mundesley-on-Sea, Norfolk on Sunday 2nd May 2004 at 12.00 am. This is to honour all the men who lost their lives towards the end of the second world war and for a number of years afterwards whilst employed on mine clearance on the beaches of Norfolk. Mines had been laid at the early part of the war when there were fears of an invasion. Maps were made of the sites, but during the course of the war, some were lost. Obviously it was not safe to venture onto the beaches while the threat of u.x.b's was still there. So the brave men of the Royal Engineers came to the rescue. At least 26 of these men lost their lives on Norfolk soil.

See
http://www.roll-of-honour.com/Norfolk/NorfolkCoastalMineClearance.html
where we have attempted to identify all the men using CWGC. A number of relatives of the men will be attending the dedication. Do you know of anyone who was involved with this work or relatives of the men? They obviously weren't all Norfolk men - Wales, Scotland, Ireland and many counties of England are mentioned in the Roll Call.

If you should happen to know anyone, please send the information direct to BCashford@aol.com

For a further insight and "discussion" into this memorial see Flickr.