I came across this article whilst I was researching material for our last book "Long Shadows Over Sheffield". I was astounded to say the least! 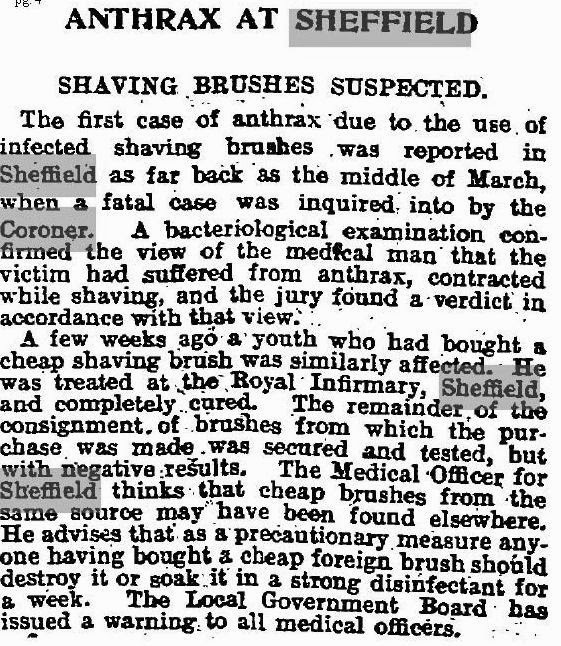 The cutting is from the Manchester Guardian dated 26th August 1916. It appears from the report that a man actually died in March from anthrax which he contracted from a shaving brush. The person who contracted the disease in August recovered but the threat remained. It is interesting to note that the blame was placed firmly on cheap foreign imports. Nothing ever changes!

Incidentally Sheffield Trading Standards have a fact-sheet on Anthrax but fail to mention shaving brushes
Posted by ceegee at 3:27:00 pm