Our dear Aunty May lived to be 80 years of age but sadly died on 29th January 2003 at the Northern General Hospital in Sheffield from complications following a cerebral infarction. She was buried on Monday 10th February 2003 at Wisewood Cemetery Sheffield, the same resting place as her parents. May was the first member of the family to have a woodland burial. 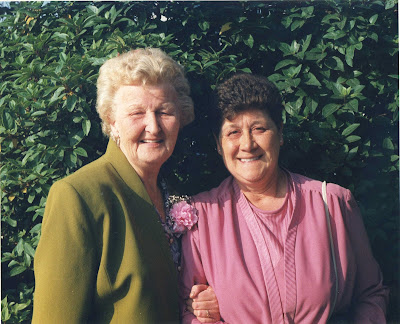 Aunty May is on the left in the green jacket 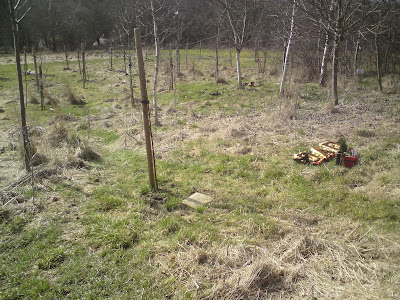 To mark May's last resting place we planted a silver birch sapling. (2004) which is directly behind the staked tree. This photo was taken in March 2010 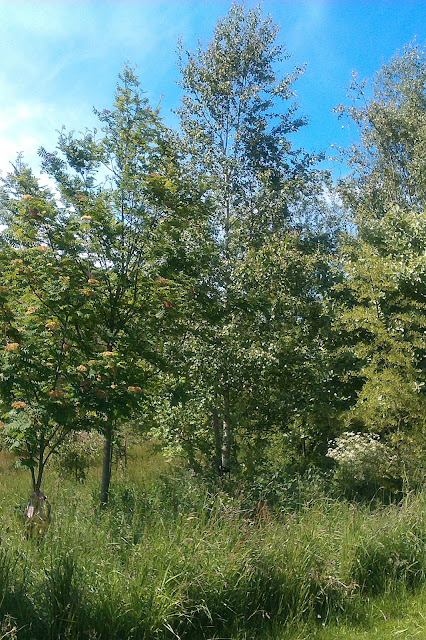 Astounded when we visited the same place on Thursday, 4th June 2015. The tree was tremendous and the setting marvelous. I think Aunt May would have be pleased!