For those who are not familiar with the building, it is Grade 2 building that has been allowed to deteriorate over the years by various parties. From my understanding, property developers bought the building with the intention of converting it into student accommodation, but their planning application was rejected by Sheffield City Council. And it seems that the developers just left the building to fall into a chronic state of disrepair, no doubt in the hope that it would become a dangerous structure.

I took this photograph in 2010 of the Vestry Hall, and I can assure you that this marvelous building has markedly deteriorated since then. 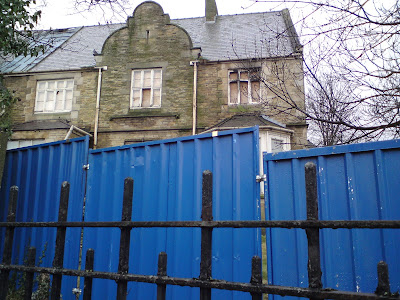 Various persons in subsequent years have attempted to force the issue but a successful conclusion has proved elusive. This is from the old Liberal Democrats magazine Focus who proposed "Action on Empty Buildings" in the Crookesmoor and Upperthorpe districts. Sadly their attempts to promote the building came to naught (rather like their 2015 General Election campaign) 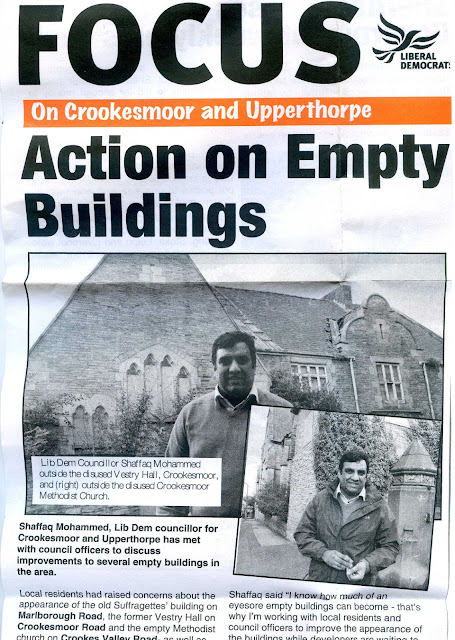 I hope this new activity that I witnessed is a precursor to renovating this rather pleasant building. Time will tell!